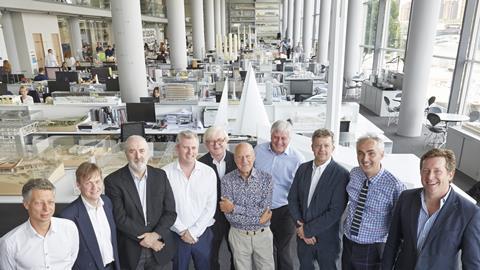 The number of architects employed in the UK’s top practices rose by 7.3% over the past year.

Overall, staff numbers at the UK’s Top 150 construction consultants grew 12.5% at home and 3.4% globally, according to BD’s sister title Building’s survey of the country’s Top 150 consultants.

3DReid was one of the top recruiters during the year, upping its number of chartered architects by 39%, while Hawkins Brown increased its staff by 32%.

But at the other end of the scale multi-disciplinary consultant Arcadis, which is mulling the sale of its architecture business Callison RTKL, lost 55% of its chartered architects over the past year and Aukett Swanke reduced the number of architects it employs by 46%.

Norman Foster, whose practice Foster & Partners saw a 16% fall in its total UK staff levels, told BD earlier this year: “It’s the last thing ever that you want to see happen, but the reality is that you are subject to those economic changes and you see projects which go on hold.”

Yet Foster & Partners retained its crown as the top architecture firm in the UK ranked by number of chartered architects, followed by BDP and new entrant Allies & Morrison (see table).

These concerns were also reflected in Building’s sentiment survey carried out in the run-up to June’s general election and shows a drop in optimism, with only 31% of the Top 150 consultants confident about the UK’s prospects compared with 43% last year.

Jo Bacon, partner at Allies & Morrison, expressed concern that the “post-Brexit vote bubble may not be sustainable” and said the firm was not predicting further growth this year, but was instead focusing on maintaining its workload.

More than half also said they plan to continue recruiting over the next six months, while 62% anticipate further pay hikes. Some 85% reported staff salaries had increased over the past year.

The upward trend in pay looks set to continue for the long term, according to consultants, particularly if the government pursues an end to the free movement of labour between the UK and the European Union as flagged in a draft document leaked earlier this month.

Bacon said immigration was still a big concern for the company, especially as 40% of the firm’s staff are non-UK passport holders.

“We still believe in the UK as a hub of excellence and for us that means recruiting the best staff wherever they come from and it would be a great pity not to be able to continue doing that,” she said.

* Work to compile BD’s WA100 survey of the world’s biggest architects for 2018 is underway. To ensure your practice doesn’t miss out on its chance to be included, complete the survey here.

To see a list of the top 50 architects, and this year’s complete Top 150 Consultants survey, see Building.