Spratley set to splash out with Oxfordshire boathouse 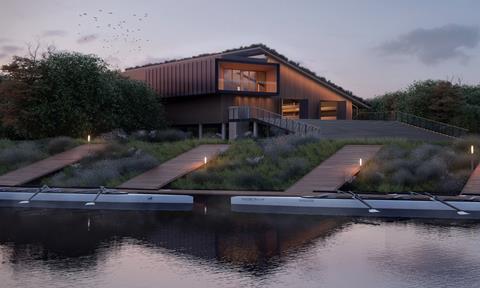 The boathouse designed by Spratley & Partners for Headington School, Oxford

Spratley & Partners has secured planning permission to deliver a boat club for an independent Oxford girls’ school that has provided more than 100 rowers for Great Britain over the years.

The practice’s “Maddy Moorings” development will be built for Headington School at an 8ha site in Long Wittenham to the south of Oxford, replacing rented facilities at Godstow.

Spratley said Maddy Moorings would give the school a facility with 300m of River Thames frontage. The site is just upstream of the Barley Mow pub, where Jerome K Jerome wrote Three Men in a Boat, the practice said. 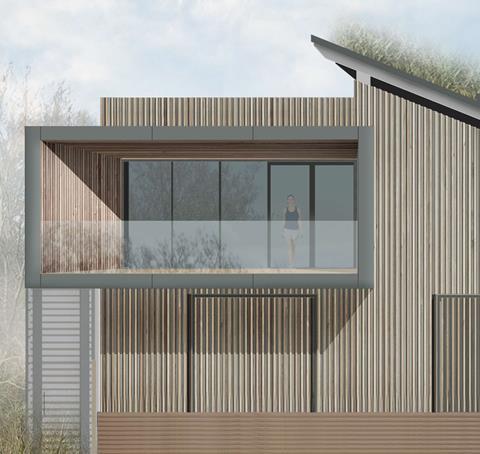 Elevation of the boathouse designed by Spratley & Partners for Headington School, Oxford

It said the two-storey 645sq m building would feature a mono-pitch roof and be able to accommodate a number of boat racks, as well as toilets and changing facilities, a training room, a wet dock and replacement landing stages.

Spratley director Robert Kennedy said the practice had worked hard to develop a concept and design that was “in close conjunction” with the building’s use and what it represented for the school.

“The proposed scheme is a reflection of the language of rowing as a sequence of movement across the river, with a mono-pitch roof and strong, repeated elements, such as the colonnades in the structure,” he said.

“In addition, the new boathouse is an integral part of the school’s aims to provide an enriching learning environment and a high-quality sports infrastructure.” 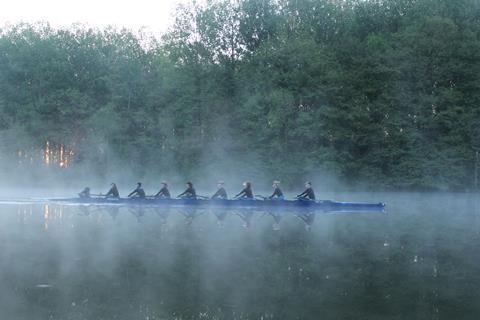 Rowers on the River Thames

Headington said it had yet to secure full funding for the project, but said it hoped to start work within the next three years.

The boathouse designed by Spratley & Partners for Headington School, Oxford