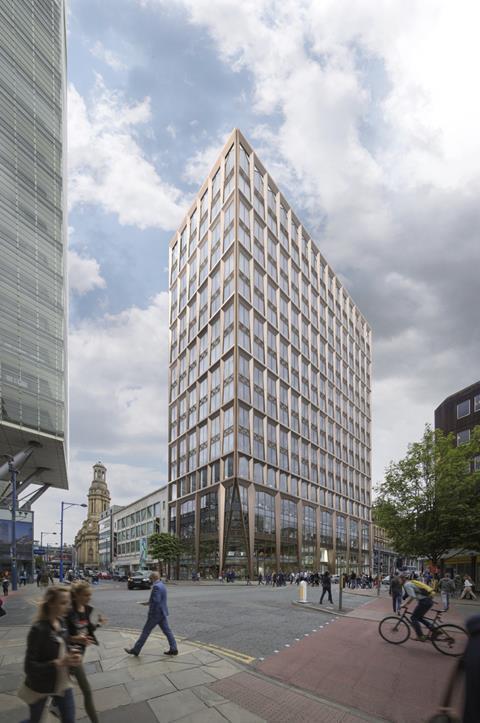 Sheppard Robson has been given the green light for a major office and retail scheme in the heart of Manchester’s shopping district.

The 17-story building for developer Aegon at 39 Deansgate will be located on a corner plot of one of the city’s main thoroughfares.

It will face both Deansgate and St Mary’s Gate, an east-west street linking the Arndale shopping centre and the city centre of Salford across the River Irwell. 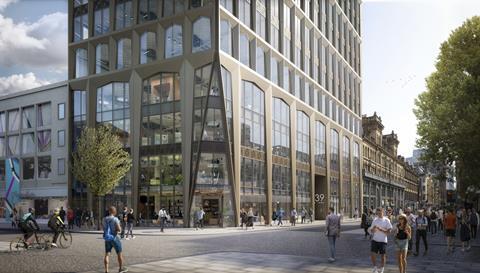 The 135,000sq ft block contains retail space across its ground floor and mezzanine levels, with 15 further storeys of office space and a roof terrace above.

Sheppard Robson said the design of the building has been inspired by the intricate ironwork of the nearby grade II*-listed Victorian-era Barton shopping arcade. 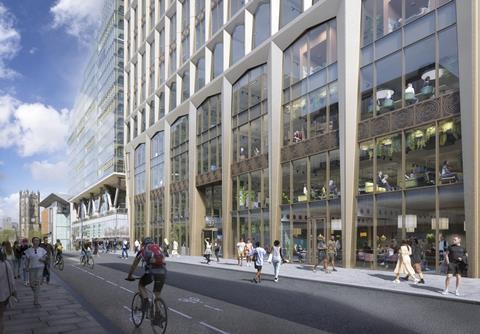 Retail units will be located on the first two floors

An existing nine-storey block on the site which dates to the 1960s, currently also occupied by offices and retail units, will be demolished to make way for the new scheme.

Sheppard Robson partner Tony O’Brien said: “By working closely with Manchester City Council and Historic England, we wanted to rethink how the site – which feels at odds with the life and history of the city – contributes to the surrounding urban fabric.

“The project, with its focus on interpreting the area’s heritage, will continue to re-write the historical narrative of this part of town while strengthening the heritage context.”

The practice was given the green light in November for a major science and research scheme in Cambridge. The complex at St John’s Innovation Park will consist of two new 85,000sq ft office buildings and a transport hub. 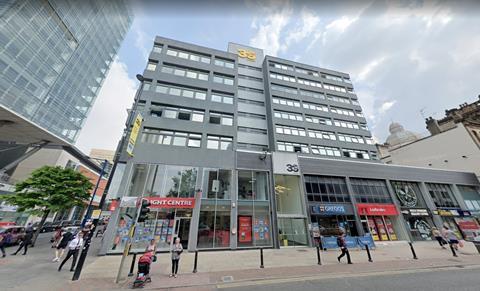