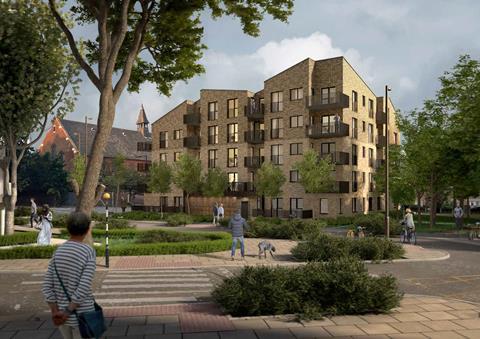 Levitt Bernstein-designed proposals for a block of 26 new council flats on an infill site in south London are set to be approved.

Members of Southwark Council’s planning committee are being recommended to approve the practice’s five storey proposals at their next meeting.

Levitt Bernstein’s scheme uses a surface car park at the junction of Balfour Street and Chatham Street for the new homes – which will contribute to Southwark council’s commitment to deliver 11,000 new affordable homes in the borough by 2043. 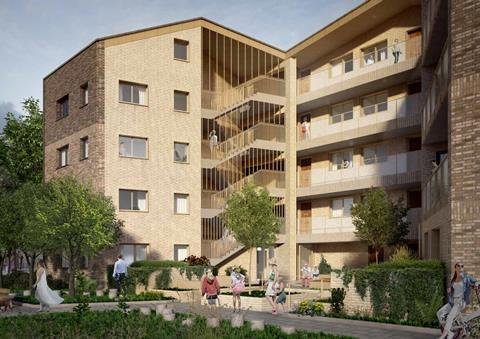 The scheme features a mix of one-, two- and three-bedroom homes on the edge of the Salisbury Estate – which falls within the mayor of London’s Old Kent Road Opportunity Area. The growth zone targets the construction of 2,500 new homes underpinned by the extension of London Underground’s Bakerloo Line.

Recommending Levitt Bernstein’s proposals for approval, Southwark council planning officers said the design was “of a high quality”, and praised its brick detailing – including the use of a lighter shade of brick in the interior courtyard to achieve more reflectivity.

They said the proposals would not negatively impact the surrounding area – including the grade II-listed Lady Margaret Church across the street. Officers said Levitt Bernstein’s design stepped down towards the church, respecting its scale and massing. 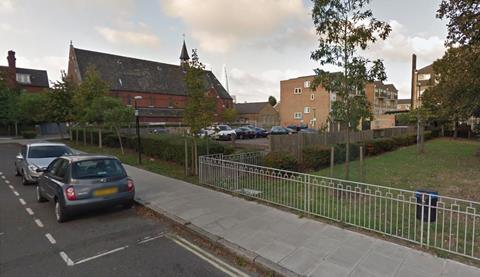 “The proposed design and quality of accommodation is of a high quality and the scheme would contribute new social housing dwellings to the council’s targets and as such provide public benefit,” they said.

Officers noted that the consultation on the proposals had drawn objections from local residents concerned about the loss of parking spaces, however they said the Salisbury Estate car park was under-used and that the new housing development would be designated as car-free.

According to their report, although the Salisbury Estate car park has the capacity for 33 vehicles only 18 used it during two daytime surveys conducted prior to the submission of Levitt Bernstein’s application.

Officers said they believed there would still be sufficient on-street car parking for residents with permits to use.

Southwark’s planning committee meets at 7pm on Wednesday to consider the proposals.