Third of homes will be for affordable tenure

The £215m Mill View development will be the biggest scheme to date developed by Present Made, Apache’s new suburban build-to-rent arm which focuses on building single-family homes using modern methods of construction (MMC). 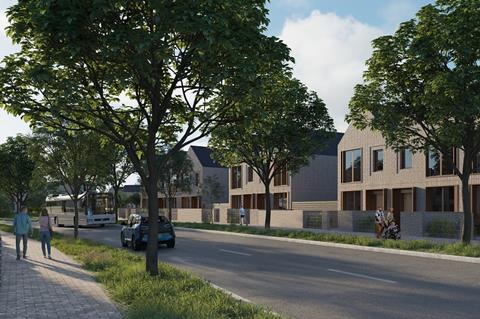 Just over a third of the homes, 35%, will be for affordable tenures.

The 68-hectare site, just north of the village of Houghton Conquest in Bedfordshire, has been acquired from real estate developer Varolem Investment Partners in the last few weeks. Valorem had been granted outline planning permission for a residential development of 650 homes on the site in 2018. The scheme also includes an 87-acre park and a primary school.

Designed by Jo Cowen Architects, it will feature a mix of two, three and four-bedroom homes owned and operated by Present Made. A spokesperson said: “All the homes will be highly energy efficient thanks to the integration of smart technology and use of modern methods of construction”. 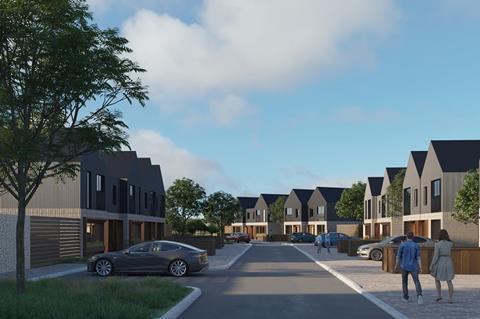 The Mill View scheme is the second planned by Present Made in the ‘Ox-Cam arc’ area. In September it was appointed by the University of Cambridge to deliver 370 rental homes as part of a new neighbourhood.

Present Made, which was announced publicly in May, has an initial pipeline of 3,000 homes across 10 sites with a combined development value of £1.6bn. Apache is directly investing around £500m to £800m of its own cash in the business. All of the sites have outline planning consent.

The ‘Ox-Cam’ arc, between Oxford, Milton Keynes and Cambridge has long been identified as an area of potential economic and housing growth. The National Infrastructure Commission in 2017 proposed a target of building one million homes in the ‘arc’ by 2050. However, housing minister Chris Pincher in July said the target was not government policy.