Radiators, adhesives and high spec glass among items that could be withdrawn from the market due to lack of testing

The Construction Leadership Council is continuing discussions with government to extend the transition period from the EU testing regime of materials to the new British system.

CE markings, which have certified products across a wide array of sectors in Europe since 1985, will be replaced with the UKCA mark as part of a regulatory divergence agreed in last year’s Brexit deal.

The UK is currently in a transition period allowing both markings to be used until 31 December this year. 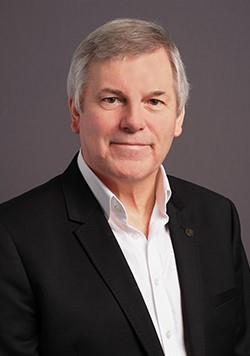 But from the start of next year, only the new UKCA markings are planned to be used.

Speaking yesterday as part of a Building and Building Design webinar Peter Caplehorn, chief executive of the Construction Products Association, said that problems with the CA mark transition comes as the industry is already contending with severe shortages of construction materials.

He said: “What we have uncovered in looking at the detail is that there are a lot of products that run through the product certification system that are caught by the fact that the UK does not have all of the testing and certification ability and capacity that it actually needs.

“This means that if we continue as a nation to stick to the deadline of 1 January next year it will mean that there is no testing and certification capability for certain products and we are currently compiling a list of the key examples.

“What that effectively means is that unless we can figure out a way around this, or, perhaps as we are suggesting to the government produce a roadmap that smooths the transition, it will mean significant delays to key products will occur because they can’t be placed on the market because they can’t get the CA mark.”

Caplehorn, who also leads the CLC’s product availability group, said the same problem existed for EU products that currently have CE marks that will not be allowed into the UK market.

He said the CLC group was making its case with the business and housing departments on the issue but that more needed to be done, adding: “I think it would be helpful if anyone wants to supply us with more examples to go to government with because we do need to explain to government that we are facing some fairly catastrophic problems if we don’t get some changes to how we are going forward.”

He said that the CLC was looking for examples of both disruption and of financial hardship caused by this issue that could be passed on to government.

Caplehorn also revealed the products that had already been identified as being an issue when it came to the certification change over.

He said: “There is no capability in the UK to test radiators so that would put a full-stop on radiators being available. We’ve got significant problems with some types of ironmongery, so concealed hinges for example. It attacks very specific points.

“Sealants and adhesives are another one that’s been highlighted to us as a real problem and specialist glass. Any new glazing systems that need to be tested there just currently aren’t the facilities in the UK.”

>> Also read: Failure to get post-Brexit certification in place could be devastating, expert warns

The CE marks stands for Conformite Europeene and products stamped with the mark indicate they have met a series of health, safety and environmental requirements.