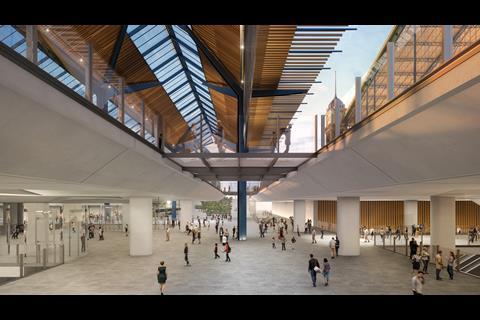 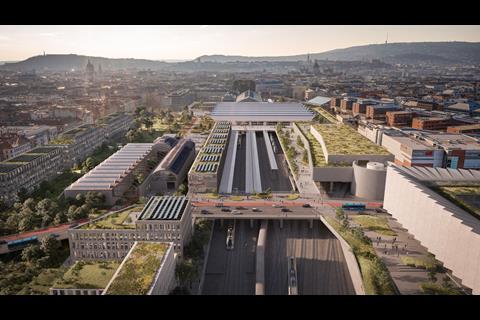 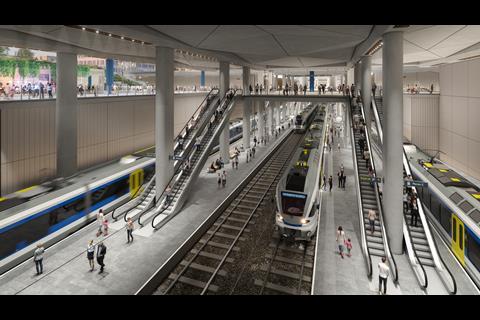 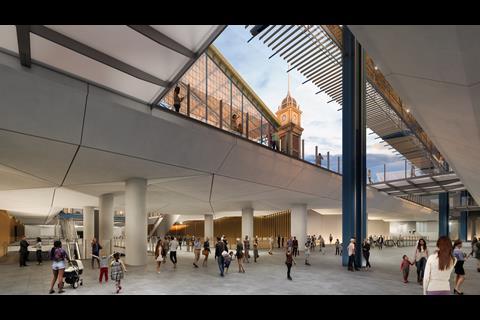 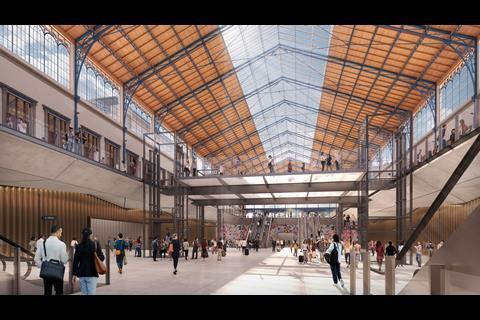 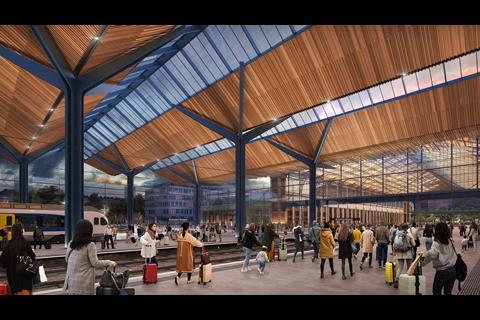 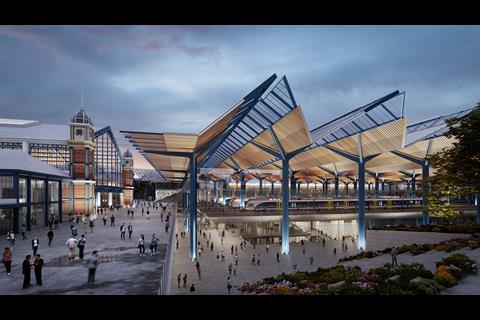 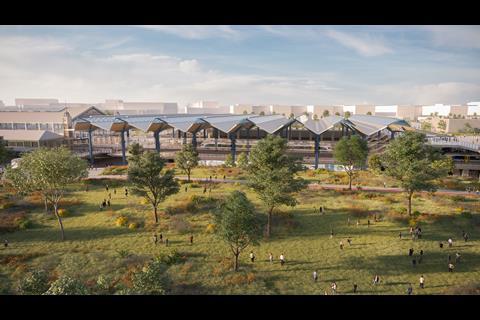 Grimshaw has triumphed over Foster & Partners and Zaha Hadid to be awarded first place in the competition for the renewal of Budapest Nyugati Railway Station.

In collaboration with local firm Nautes Architects, the London-based practice’s proposals were selected from a shortlist of 12 in an anonymous competition.

The design team included WSP, working on engineering, Vogt as landscape architect and Turner & Townsend as cost and project manager.

Along with increasing capacity and better connecting the station to the city, the preservation of the historic Eiffel Hall was stated as one of the competition’s core principles.

Grimshaw’s concept repositions the 14,000m2 hall as a pedestrian public space, incorporating cafes and bookshop, with escalators guiding passengers to tracks below ground.

To its north-east will be the station’s new arcade, which will sport a long span roof structure.

Mark Middleton, a partner at Grimshaw, said “guardianship of heritage, adaptive reuse and humanising of the passenger journey” were central to the design concept.

He added: “The approach developed through a collaboration of our London and Sydney studios and with local and international consultants, is one which protects and preserves the heritage of Nyugati Station and places its 21st century life firmly in the aesthetic of a civic space.”

The scheme is the latest high-profile station to be designed by the practice, which was behind London Bridge station and the new Northern Line extension stations at Nine Elms and Battersea Power Station which opened last autumn.

The studio is also working on HS2’s central London terminus at Euston, revealing scaled down plans for the site earlier this month.