The senior civil servant responsible for guidance on fire safety in buildings for nearly 17 years before the Grenfell Tower tragedy has said a fatal 2009 cladding fire was not “severe” enough to prompt an investigation into similar buildings.

Six people, including three children, were killed at Lakanal House in Camberwell, London when the 14-storey block’s non-compliant cladding caught fire and rapidly spread across the building.

But Brian Martin told Tuesday’s hearing that the causes of the blaze would have had to be a “more severe issue to justify” checking whether other high-rise buildings might pose a risk to their occupants. 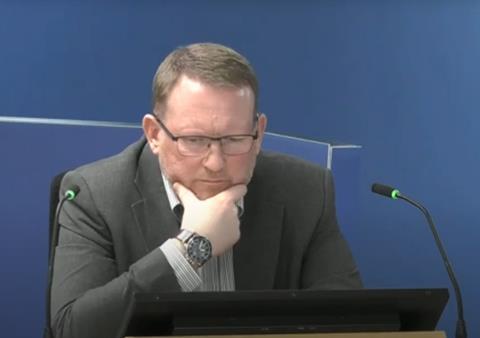 He added that he did not remember his team at the housing department considering after the fire whether there might be a potential legacy of combustible materials which had been installed on tall buildings in the UK.

Instead, officials reviewed building regulations and concluded the cladding had been fitted to Lakanal House before a 2006 revision to fire safety guidance which was intended to ban the use of such materials.

Counsel to the inquiry Richard Millett QC said this was consistent with Martin’s approach “throughout the entire period” to the Grenfell Tower fire.

“While you may be interested in making changes prospectively to [the guidance], you were never interested in doing a survey of what was out there to make sure that the buildings people were living in weren’t dangerous?” Millett said.

Martin said this was a “fair criticism”, adding: “In general that’s the way building regulations worked over time, is that you would change the building standards in the light of lessons learned, but a… retrospective application of those regulations isn’t something you would do.

“And it would have to be a more severe issue to justify something retrospective, and I think that’s probably a mindset that we adopted probably inappropriately sometimes.”

Millett said: “And a more severe issue would be something like the fire at Grenfell Tower?”

The inquiry also heard about a meeting Martin attended in January 2011 with representatives from the London Fire Brigade (LFB) and the Metropolitan Police during an investigation into the Lakanal House fire.

The LFB were looking to “check their understanding” of building regulations, according to Martin.

Adrian Prest, a fire safety advisor for the LFB who had worked as the head of building control for a number of local authorities, had wrongly believed that the regulations did not indicate that resistance of fire spread across external walls was an “objective in its own right”.

Emails between staff at the LFB said that Martin had been “horrified” that such an experienced building control officer could have misinterpreted the guidance in this way.

Asked if this was true, Martin told yesterday’s hearing: “I think I probably was, yes. I mean, I found it difficult to reconcile that opinion with what the guidance said. I thought… the objective is clear.”

Millett asked Martin if he had checked if this was a common misconception, given that Prest had checked his view with a senior colleague.

Martin said it was something he “bore in mind” in conversations with other building control officers but had not carried out a “formal exercise as such”.

Today, the inquiry into the June 2017 fire which claimed 72 lives is hearing from former housing minister Brandon Lewis.