Concealment of cladding dangers ‘one of the major scandals of our time’, Grenfell Inquiry hears

Successive governments over the past three decades have engaged in a “prolonged period of concealment” of the fire safety risks of dangerous cladding, the Grenfell Inquiry has heard.

Stephanie Barwise QC, lawyer for the bereaved and survivors of the 2017 blaze, said it was one of the “major scandals of our time”.

She added that three reports into cladding fires in the 1990s had been “covered up”, and an investigation into the 2009 Lakanal House fire had been shut down by officials in a “grotesque abdication of responsibility”.

The results of a series of tests carried out around 2002 on new cladding systems, most of which failed, were also kept confidential, suggesting that officials knew about the risks of combustible cladding 13 years before the West London fire which claimed 72 lives. 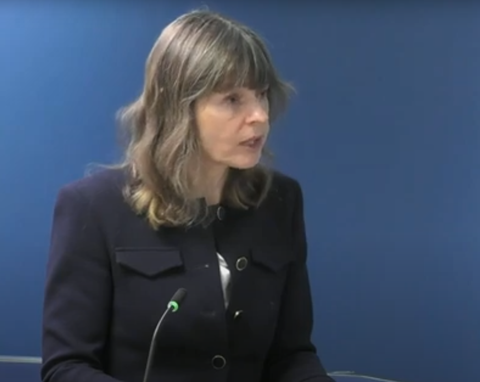 The revelations came on the second day of the sixth module of the inquiry, which will look into decisions made by past governments that may have enabled the fire.

Monday’s hearing was told that the coalition government under David Cameron had wanted to reduce the “burden of red tape” on housebuilders so that more homes could be built.

Barwise said that an “unbridled passion for deregulation” had resulted in the government allowing itself to become the “junior partner” to the construction industry.

Ministers’ “dependency” on construction led to it “permitting industry’s exploitation of the regulations”, she said, adding that it allowed the industry to “write its own rules”.

But Barwise said that the government’s response on realising the extent of the issues with cladding was to “react by concealment instead of candour”.

She argued that awareness of the dangers associated with cladding go back to at least 1991, when a report into a fire at Knowsley Heights in Merseyside had been marked as “limited circulation”.

Another report produced by the Building Research Establishment (BRE) in 1994 which revealed the ineffectiveness of cavity barriers was not made public, and a report into the 1999 Garnock Court fire in Scotland was “entirely neutered”.

Barwise said: “The consistent pattern of inadequate investigation and suppression of reports… goes beyond mere accident, and involves government collusion”.

Tests carried out by the BRE in the early 2000s under the New Labour government on the same ACM cladding that was used on Grenfell Tower failed in under six minutes, but the results were not published.

Barwise said it was likely that the results did not lead to a ban on the cladding or on stricter regulations because of “industry interference”.

The inquiry also heard yesterday that Kingspan “was not shy in broadcasting industry’s hold over government”. It heard that Kingspan had said in 2003 that the government would not introduce tougher European fire standards “until the industry is ready to adopt it”.

The firm manufactured the K15 insulation panels which were used on parts of the tower but not specified. Insulation was found to have “more likely than not” contributed to the spread of flames.

Government ministers and senior officials are due to give evidence to the inquiry over the next five months.

Today, the inquiry will hear from the Department for Levelling Up Housing and Communities (DLUHC), as well as the National House Building Council and the BRE.

In response to yesterday’s evidence the DLUHC told the BBC: “The Grenfell Tower tragedy must never be allowed to happen again, and we remain absolutely committed to helping the Inquiry get to the truth.

“The role of central government will be considered in this module and we continue to support the Inquiry throughout its investigations.

“It would be inappropriate for us to comment further while the inquiry is ongoing.”