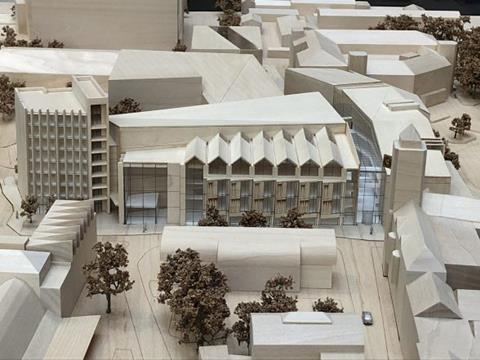 Proposals to knock down parts of Coventry’s grade II-listed post-war civic centre to make way for a Broadway Malyan-designed university building have been attacked by the Twentieth Century Society.

The campaign group said the scheme, focused on the city’s former Architecture and Town Planning Department Studio Block, was the “latest in a long line of serious threats” to the city’s post-war architectural heritage.

Designed by George Sealey, working under Arthur Ling, and built between 1957 and 1959, the block is the only remaining part of the council’s post-war civic centre.

The C20 Society said plans by Broadway Malyan drawn up for Coventry University would see two end bays of the block demolished and the remaining structure “completely enveloped” by a new building, designed to include references to the city’s medieval past. 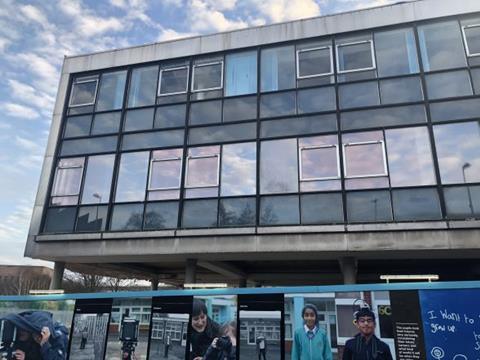 It said formal plans for the scheme – which would house seminar space, an auditorium, offices and residential accommodation for visiting lecturers and researchers – were expected to be lodged in March.

C20 Society caseworker Grace Etherington said Coventry’s post-war redevelopment after the devastation of the blitz had been completely visionary but little was being done to protect the architecture, save for Basil Spence’s grade I-listed cathedral.

“Coventry will be the UK City of Culture in 2021 and Historic England has designated a Heritage Action Zone covering the city centre,” she said.

“Coventry has been awarded further funding through the Historic High Streets scheme managed by Historic England, however all available money has been ring-fenced for pre-1939 buildings. 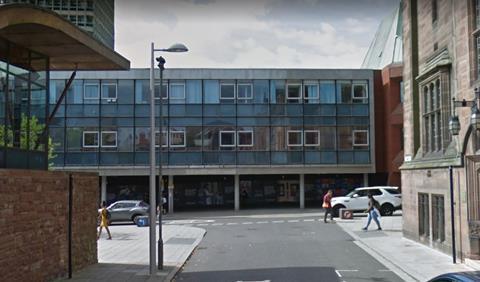 The Studio block of the Civic Centre 2 building, Earl Street, Coventry in 2015

“The widespread disregard from those in a position to help is deeply disappointing, particularly as the council has been without an in-house conservation officer for the past two years.

“These appalling plans for the listed civic centre are yet another example of the city’s failure to properly protect its post-war heritage.” 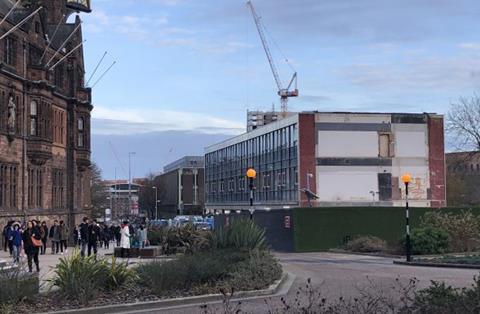 Ahead of a three-day public consultation on its proposals last month, Coventry University said it was planning to restore the listed section of the former civic centre so that it could be “incorporated into the new development”.

It said that it was also hoped that other heritage assets on site, such as the vaulted medieval basement belonging to the former Old Star Inn – previously used as a social club for council staff – would be included in the design.

Vice-chancellor John Latham said the new building would “transform the space and respect the valuable heritage of the site” at the same time as delivering “significant regeneration”. 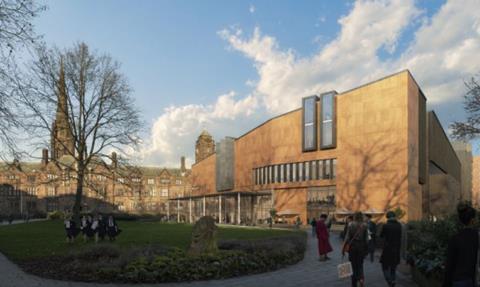 Historic England listed the civic centre’s studio block at grade II in 2017. It said the “deliberately spare, curtain-walled” building was a good example of refined modern-movement design, and that the concrete-frame building – supported on pilotis – also had historic interest as the centre of activity for a “vibrant team of architects” who rebuilt the city.

The designation also cited “popular inclusiveness” as the structure also hosted purpose-built, glass-walled exhibition space on the ground floor, created to showcase plans and models for the city’s redevelopment. It said the feature was a “rare example” for the time. 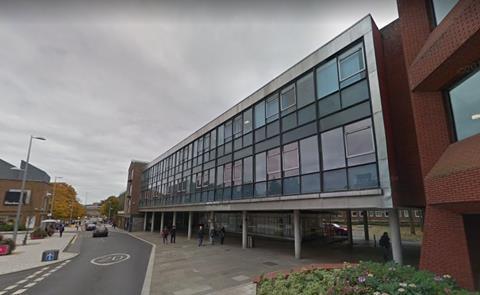 The civic centre studio block in 2015, before the demolition of adjoining parts of the former civic centre