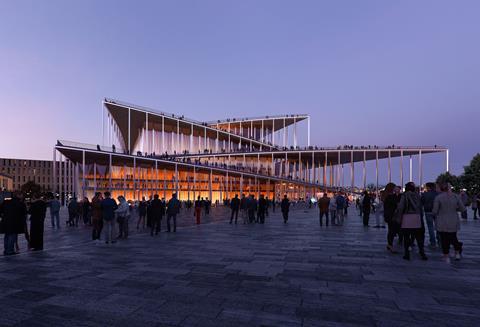 BIG has triumphed over Foster & Partners and Diller Scofidio & Renfro in an international competition to design a new concert hall in Prague.

The Danish practice’s design for the Vltava Philharmonic Hall in the Czech capital was chosen yesterday evening as winner by the City of Prague and its Institute of Planning and Development. 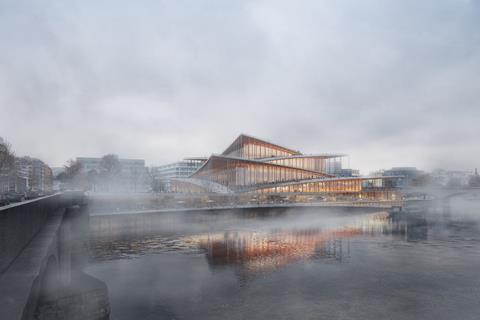 The brief called for proposals for a large concert hall in the Holesevice district of the city, north of the old town across the Vltava River.

It is set to be the first scheme for a regeneration project which will eventually provide 11,000 new homes on one of Prague’s largest brownfield sites.

BIG’s design, which consists of a stack of overlapping roof levels which members of the public can climb, was praised by the competition jury for making the site accessible to “everyone equally”. 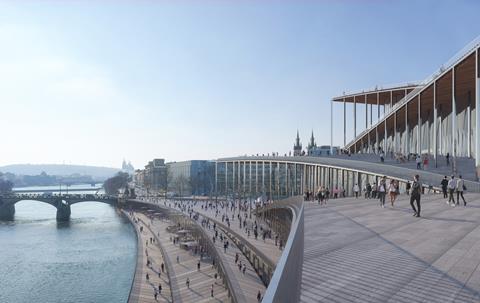 “Many aspects had to be taken into account when selecting the winning design,” said Michal Sedláček, chairman of the jury.

“The site for the philharmonic hall currently complicates the opportunity for people to meet instead of encouraging it, so the emphasis was not only on the architecture and operation of the building, but also on the design of the public spaces in the surrounding area.” 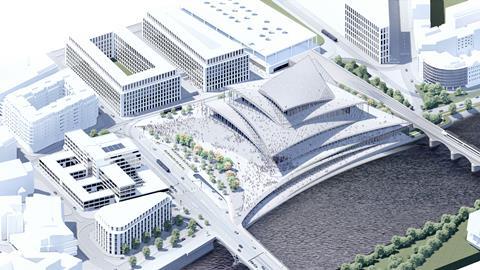 The roof is intended to be a continuation of the public square surrounding the building, allowing visitors to walk to the top and enjoy views of the city.

The building will contain three music halls, the music department of the Municipal Library of Prague, a cafe and a rooftop restaurant. 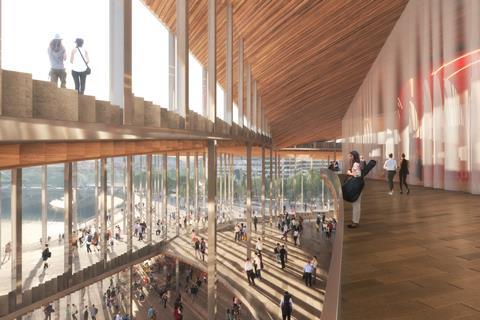 Three halls, a cafe and a restaurant will be housed inside

It will also be home to two orchestras - the Prague Symphony Orchestra FOK and the Czech Philharmonic, both of which contributed to drawing up the competition brief.

Last month, a competition to design a concert hall in Belgrade was won by Amanda Levete’s practice AL_A, which also beat Diller Scofidio & Renfro to scoop the job. 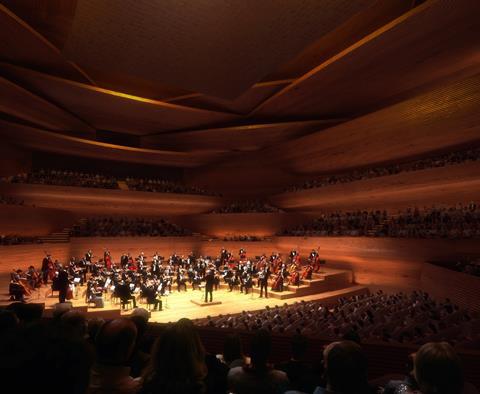 Interior of one of the concert halls