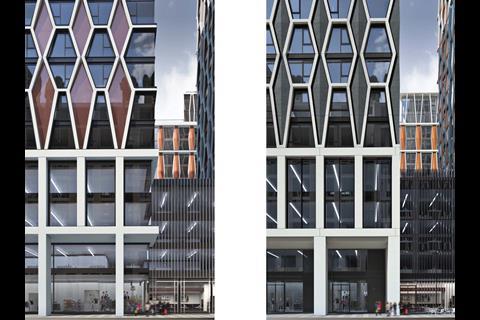 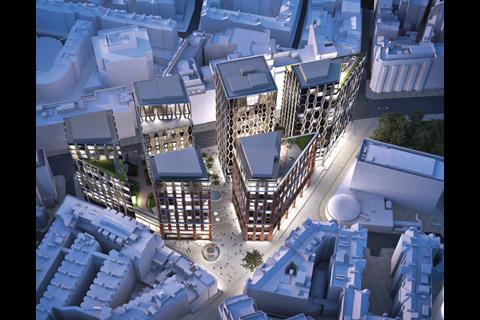 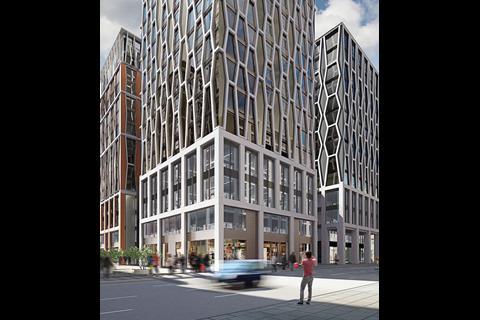 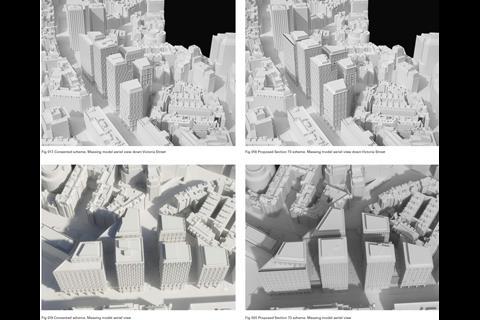 The mayor of London has thrown out a request by Squire & Partners to alter the proportion of “affordable” housing in its redevelopment of New Scotland Yard.

The architect applied to add 27 homes to the high-profile scheme near Westminster Abbey but without adding any affordable homes.

The developer, BL Homes, bought the site, former home of the Metropolitan Police, last year and was given planning consent for six residential towers of 14 to 20 storeys rising above two podium blocks containing offices and retail.

The consent also meant the developer would pay £10 million and include 10 affordable homes – four per cent of the 268 flats in the development.

The new application would have reduced this to three per cent.

Rejecting it, mayor Sadiq Khan, said a shortage of affordable homes was at the heart of the housing crisis in London.

“The scheme put forward for this site is simply unacceptable: it fails to provide the maximum amount of affordable housing that could be delivered on this landmark site, and follows a previous application in which the affordable housing provision agreed by the previous mayor was already appallingly low.

“It beggars belief that the initial application was approved under the previous mayor with a paltry four per cent affordable housing, just days before the mayoral election.

“This is a site which has only recently been transferred from public ownership and sits within one of the most expensive areas of the country. Having carefully considered the evidence available to me, I have decided to refuse permission for this amended application.”

His decision comes a few weeks after he rapped Wandsworth council for allowing the developers of Battersea Power Station to cut the amount of affordable housing to nine per cent of the 4,239 homes agreed. He has no formal powers to intervene but wrote to object in “the strongest terms”.

Circus West, part of the first tranche of flats at Battersea, was shortlisted for this year’s Carbuncle Cup.

Earlier this week he wrote to the Secretary of State for Communities and Local Government, Sajid Javid, urging the government to allow increased council tax charges on empty properties in central London.