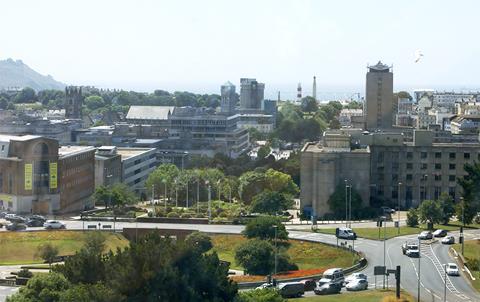 LDA Design has been appointed by Plymouth council to transform the city’s public realm ahead of the 400th anniversary of the Mayflower setting sail for the new world in 1620.

The £27m Better Places project aims to rejuvenate the city, with the aim of drawing people back into the centre and encourage investment.

LDA Design board member and project lead Robert Aspland described it as a “once-in-a-generation project to revitalise and re-energise tired parts of this historic city”.

He said: “There is real excitement in being able to take forward and refresh the vision for Plymouth city centre laid out by Abercrombie and Watson and to seize this opportunity to bring new life to these public spaces, help stimulate economic activity and investment and create an attractive destination for shoppers and visitors in readiness for the Mayflower 400 and into the future.”

The project team will follow the council’s vision set out in the City Centre Masterplan. Next steps include consultation and the preparation of a business case to cover the detailed design and construction costs for each of the city centre schemes.

Major projects already underway include the regeneration of Millbay with 400 homes; a new coach station and a £3.5m refurbishment of the City Market. Work has also started on the new £37m Box, the city’s new history, arts and culture centre on North Hill, and at Bretonside in preparation for the new Drake Circus Leisure complex.