Kawneer helps to ‘insure’ the aesthetic in Greengate 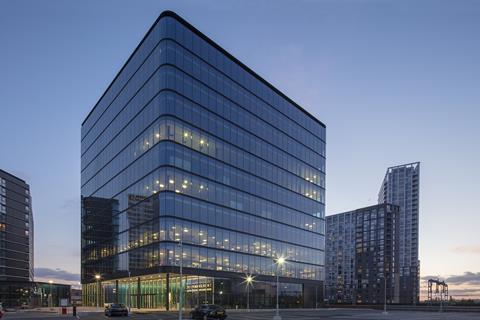 Curtain walling by leading UK manufacturer Kawneer has helped to give a listed former Victorian viaduct a £56 million new lease of life. 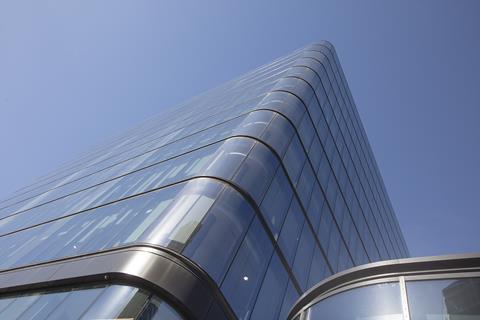 Designed by architects Flanagan Lawrence, the BREEAM “Excellent” rated offices have been built by main contractor Carillion on a Grade II listed sandstone viaduct podium structure that in itself houses three levels of car parking and two retail units.

The unitised curtain walling by Kawneer was installed by building envelope contractor Prater at the rate of up to 30 of the 1,160 panels a day or a complete floor in five days. The development totals 165,000ft2. 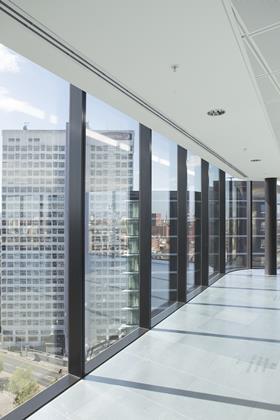 The site in Manchester’s Greengate regeneration area was part of the former Manchester Exchange railway station. Embankment 101 is now tenanted by Swinton Insurance and Q-Park has agreed a 35-year pre-lease for the 442-space car park.

The scheme is arranged on a series of levels, with the viaduct forming what will be a grand base for two office buildings which will sit at plinth level nine metres up. The modern lightweight steel and glass buildings will contrast well with the robust historic face of the railway embankment. 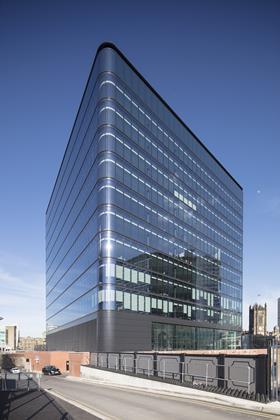 The existing and newly-created perimeter arches are the retail units, intended to revitalise the public realm, while the interior of the podium contains the state-of-the-art multi-decked car park.

Gary Colleran of Flanagan Lawrence said: “The majority of the building is glazed and the slim profiles were key to the aesthetic. The PPC pressed metal channel forms a part of the unitised system at each slab level, interfacing with louvres at lower levels and GRP to above.” 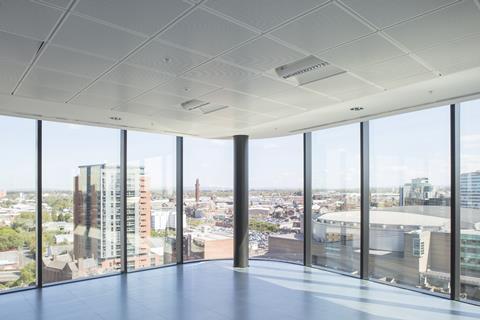 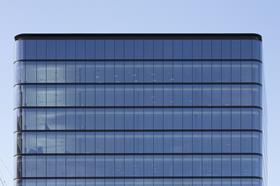 The office buildings will form an important gateway to a major new square beyond the railway. Accessed via Cathedral Approach, they are located within a dynamic urban context which optimises its southerly aspect, inviting office workers to enjoy a calm, green environment.

The scheme in a previously neglected area overlooking Manchester Cathedral and Deansgate was developed by Embankment Developments, a joint venture between Ask Real Estate, Carillion and Tristan Capital Partners.