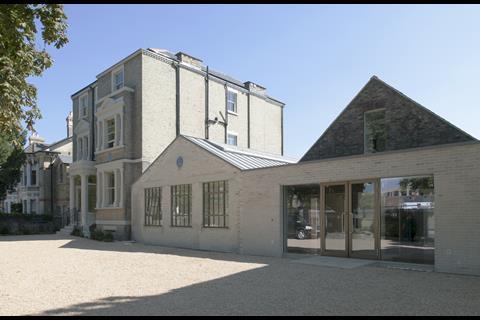 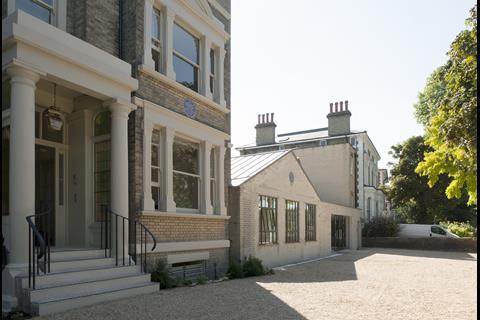 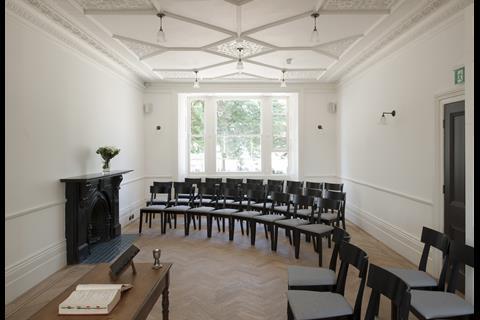 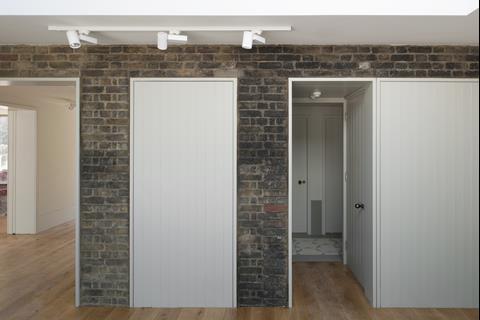 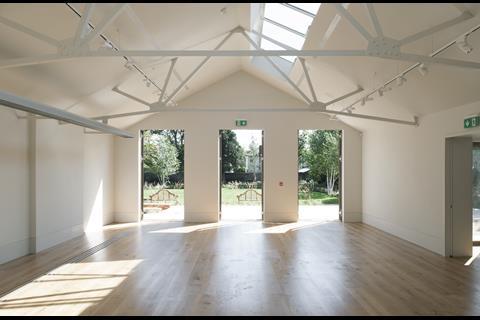 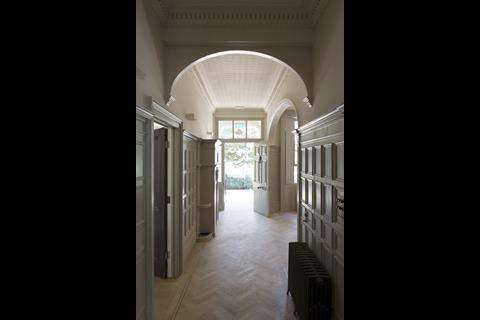 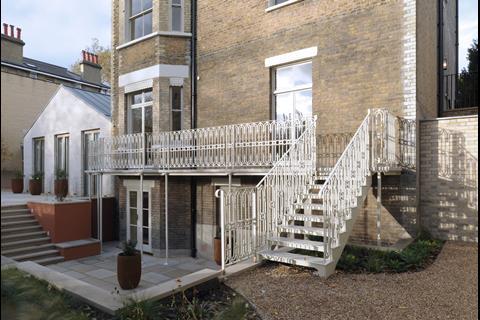 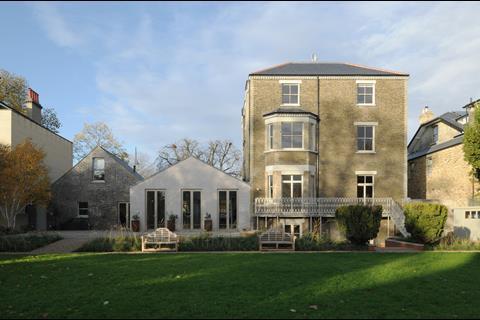 Project creates new base for Czech and Slovak émigrés

A £2.15m project to renovate, convert and extend a Victorian villa in south-west London for use as a cultural centre for Czech and Slovak émigrés has completed.

Inglis Badrashi Loddo Architects was tasked with transforming Woolborough House in Barnes into a new base for the Velehrad London organisation, which offers religious, cultural and social support to people from the former Czechoslovakia.

The practice’s solution combines modern features and designs with historic renovations and extensions to the building, which dates back to the 1870s and is the former headquarters of the British Ballet Organisation.

As part of the project, the original façade of the building’s 1880s coach house was restored after the demolition of a series of poor-quality single-storey 20th-century extensions.

The front facade and metal roof trusses of the building’s 1930s studio were retained and incorporated into a new function hall for concerts, lectures, cinema screenings and events. An innovative retractable screen wall was also installed in the hall to separate sections of the centre for events.

Practice co-founder and director Patrick Inglis said the project had been a hugely satisfying commission.

“Creating a varied and functional new home for such a fantastic and culturally significant organisation as Velehrad was an amazing opportunity and experience,” he said.

“We’re extremely proud of the building we’ve created for them and how it combines the charm and history of the original property with practical improvements and IBLA’s aesthetic for clean and contemporary architecture.” 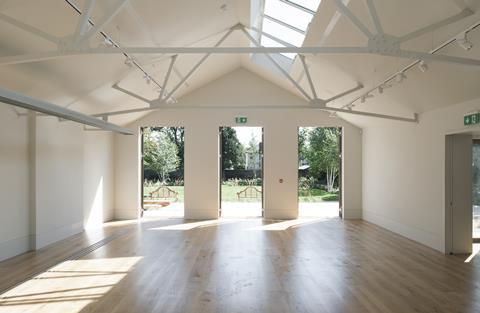