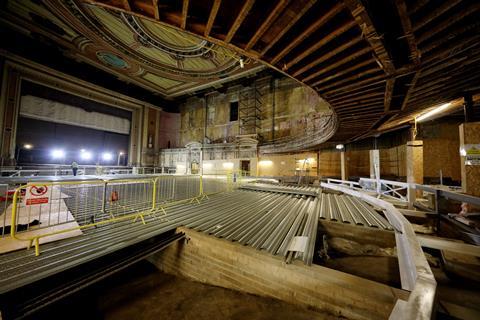 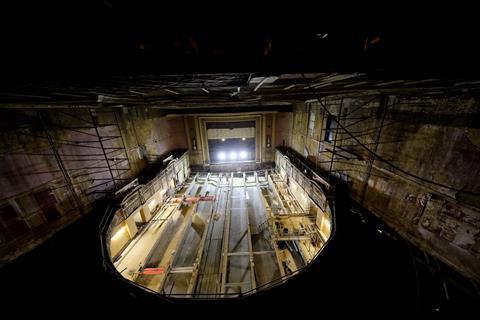 Work on Feilden Clegg Bradley Studios’ plans to restore a derelict theatre at Alexandra Palace in north London has hit a key milestone with the concrete floor being poured.

The work is part of a larger £27 million East Wing Restoration Project, which contractor Willmott Dixon has already begun, and involves repairing the BBC studios and turning the East Court into a public and exhibition space.

The east end of Ally Pally, where the work is taking place, is almost entirely disused apart from a popular ice rink, in contrast to the west end which remains a busy exhibition and concert venue.

The theatre will hold up to 1,300 people and put on theatre shows, cinema screenings and gigs. 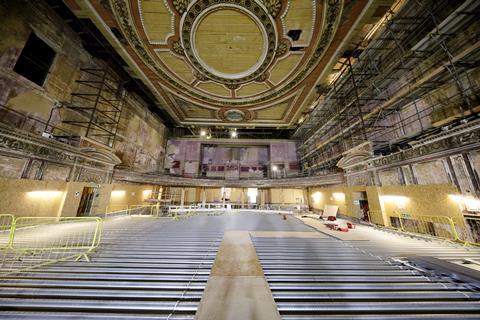 The restored theatre will open in 2018

All pictures by Keith Armstrong