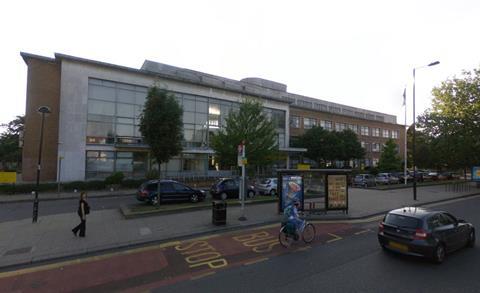 Haringey’s civic centre has been granted grade II protection, a move that could hamper the redevelopment of the building and its grounds in a fresh blow to the council’s regeneration plans.

The 1958 building, by John Brown of AE Henson and Partners, was listed in recognition of its “Scandinavian influence”, transparency and modernity.

Last year it was the subject of a consultation on redeveloping Wood Green which explored the possibility of its demolition and replacement or conversion to other civic uses. Officers said it was no longer suitable for use as a town hall.

Its listing was instigated by a local resident – rather than the authority itself or a campaign group – and will make it harder to demolish or even modify the building.

A council spokeswoman said the authority would be discussing the implications for its regeneration plans with government heritage adviser Historic England.

Days before the listing was finalised Haringey’s cabinet identified building new homes in the grounds of the building as a priority for a new wholly owned development vehicle the council is creating to replace a controversial partnership with Lendlease instigated by a previous Labour administration. That partnership targeted the delivery of 6,400 new homes as part of a £2bn land-for-equity-deal that was particularly unpopular with the left wing of the Labour Party.

The listing was formalised a week after the council’s decision not to pursue the so-called Haringey Development Vehicle (HDV) with Lendlease.

In the citation, Historic England said the civic centre was the first of its size to be built from scratch after the end of the Second World War and had inspired projects elsewhere in the country. 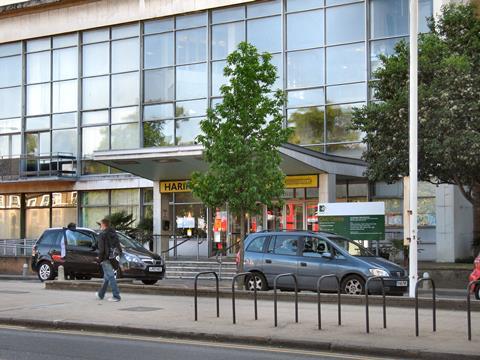 “JES Sayers was the partner in charge for the new scheme and the design suggests the work of a younger generation, influenced by Danish design,” the document says.

“The term ‘New Empiricism’ was coined to describe the understated, humane form of modernism often associated with buildings of the state which originated before the war in Scandinavia and found expression in some early post-war work in the UK, notably the Royal Festival Hall in its original form, with its mix of natural finishes on a modern frame construction.

“Haringey Civic Centre shows the influence of this, and in its subtle qualities expresses architecturally the values of a modern local democracy through greater informality, connectivity and transparency.

“The building marked the beginnings of a new generation of civic centres in England which aspired to this more open approach and was visited by architects and councillors later developing civic centre schemes elsewhere in the country into the 1970s, including Bury St Edmunds, Gravesend and Hove.”

In a consultation on an “area action plan” for the widespread redevelopment of Wood Green, where the civic centre is located, Haringey openly floated the option of demolishing and replacing the building, which was then only locally listed.

Officers said the building was “not suitable for use as the council’s main offices” because its current configuration was “too small and not appropriately designed”, but accepted that it could be feasible to expand the site to include more offices. 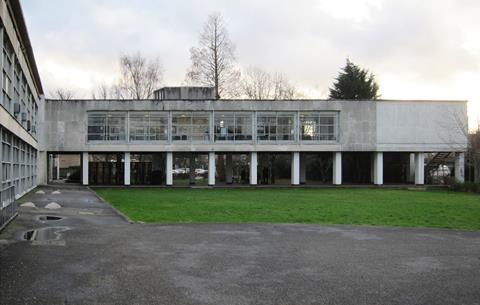 Resident suggestions that parts of the building could be retained for use as a theatre or leisure centre were deemed to be potentially suitable future uses.

Officers conceded that the civic centre’s now upgraded locally listed status meant that if the building were to be demolished, planning rules would require a “clear justification that the benefits of any redevelopment would be higher than the cost accorded to the loss of the asset”.

This week, BD’s sister title Building reported that Haringey and Lendlease are locked in “legal wrangling” over the dissolution of the HDV agreement. A report to last month’s cabinet meeting suggested that Haringey would need to make an “agreed costs” payment to Lendlease of £520,000 as part of its termination of the project.

The report also said the council had spent a total of £2.5m on the project, excluding staff costs. It suggested that some of the spending would have resulted in “useful outputs for the future”.

While Haringey’s proposals for its wholly owned housebuilding venture are targeting 9,000 new homes, officers warned cabinet members that the change-of-plan in relation to the HDV could impact on the borough’s ability to meet its housing delivery targets as stipulated by the London Plan.

Haringey said it anticipated its new housing vehicle would be created before the end of March 2019, and that it envisaged that architects would be procured directly by the authority. Design competitions would be used for some sites, it predicted.