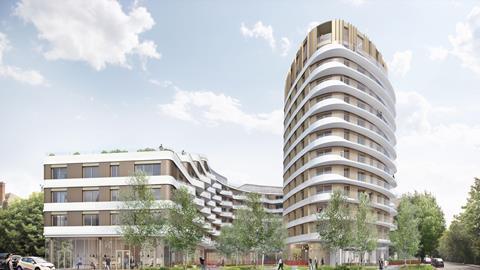 Grid gets go-ahead for plan-busting tower

Grid Architects has won planning for its fourth project in Wembley Park.

The £50 million redevelopment of Amex House, a dilapidated warehouse, into 195 flats was approved by Brent council despite the taller of the two buildings breaching the local plan by three storeys.

The architects, with the support of the council’s design officers and planning consultants JLL, undertook a detailed analysis of the Wembley Area Action Plan to justify the departure. Two successful Cabe reviews added weight to the approach, said Grid director Colin Veitch. 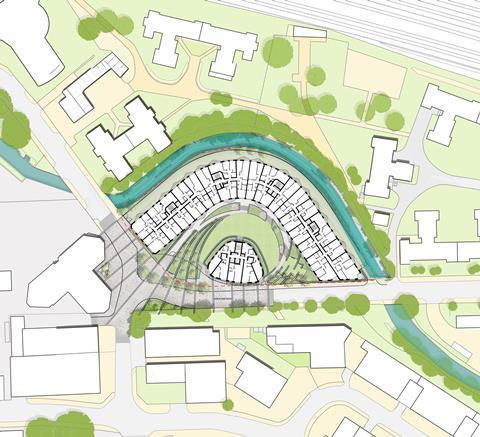 The curved blocks – of eight and 13 storeys – sit within a masterplan of rectilinear buildings and gridded streets.

Veitch said: “The sinuous form of the meandering of the Wealdstone Brook to the north provides a rationale for the architecture – it is not a stylistic conceit. The dynamic and distinctive form looks great but it also makes the brook a really intrinsic part of the area - and not just a concrete channel which it is at the moment.”

The project is for developer Anthology, set up by ex-Lendlease man Mark Dickinson. 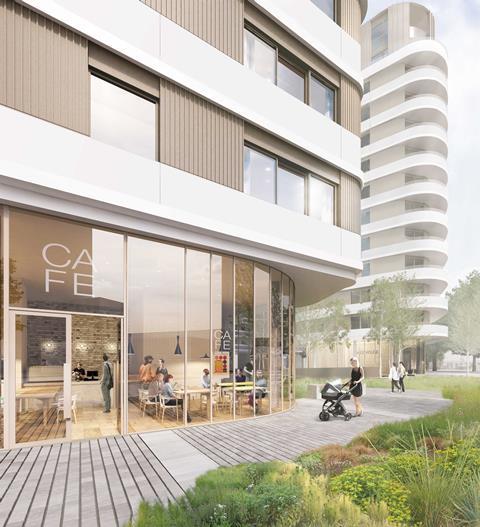