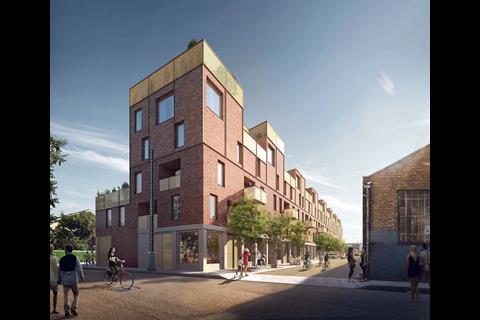 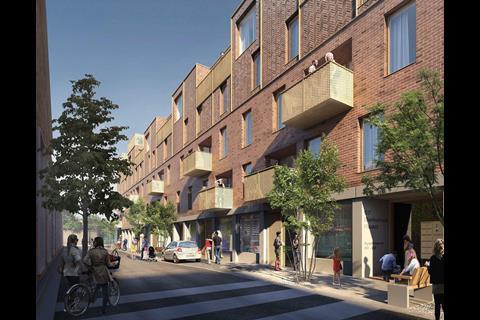 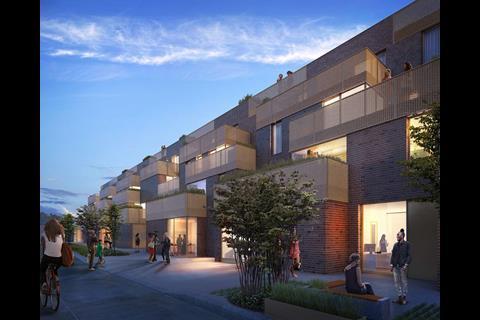 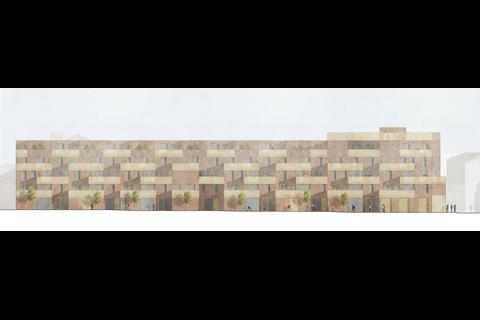 The London Legacy Development Corporation has given the go-ahead for a Mikhail Riches-designed mixed-use scheme in Hackney Wick, east London.

Under the proposals, two light-industrial sheds in Berkshire Road will be demolished to make way for the development, which will feature 1,571 sq m of ground-floor commercial space with 39 homes above.

A second phase of the development, created for client Coldpark, will deliver 450 sq m of additional commercial space in mews workshops.

Mikhail Riches director David Mikhail said the development, near the River Lee Navigation, would deliver a new publicly accessible street and – through the demolition of the existing industrial units – reveal the brick facades of nearby 19th century warehouse buildings, including the grade II listed Central Books Depository.

“While the building proudly reinforces the line of the new street we have created to the south, the north elevation faces onto back gardens and in response it steps down from its full height as a series of terraces,” he said.

“This ‘ziggurat’ approach avoids overshadowing our neighbours and provides private outdoor space on a terrace or balcony for each flat.

“In addition, residents of the building will have access to a shared play space and communal garden on the rooftop.”

The practice said the development’s new apartments would be a mixture of one-, two- and three-bedroom homes.