Architect chosen after working with Flan McNamara on Shard project 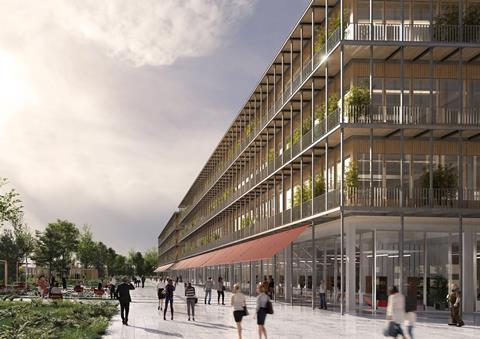 The practice set up by former Renzo Piano architect Jack Carter has landed a £75m project for the bank Santander.

JCA is designing the bank’s contact centre and operations hub in Bootle on Merseyside.

Carter worked with developer Flan McNamara on the wider Shard development, including the News Building, when he was lead architect at Renzo Piano Building Workshop.

McNamara now works for Osborne & Co. This is the second project it is working on for Santander. It is also building its £150m UK technology headquarters in Milton Keynes.

McNamara said: “My first choice as architect for our proposal on the Santander Bootle scheme was Jack Carter, given my very positive experience of working with him at London Bridge Quarter on the News Building.

“The scheme we have developed with Jack and our client is a very sensitive response on what is a very important site for Santander UK.”

The proposed facility, which will replace the bank’s existing offices in an area where it has been a major employer for nearly 50 years, will house moe than 2,500 employees. It will be designed with an emphasis on encouraging collaboration among staff and promoting wellbeing. 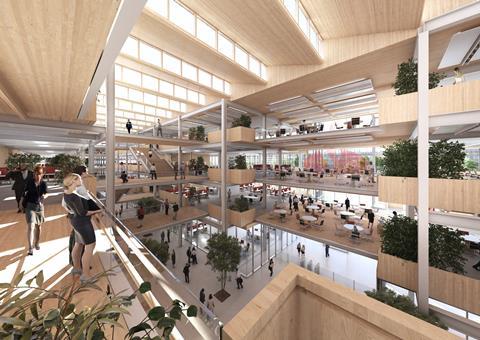 The scheme is due to be completed in 2021

Conor Osborne, another director at Osborne & Co, said the building would be “a state-of-the-art campus and community asset the local area will be proud of” and added: “We will construct an office tailored exactly to the wants and needs of Santander – and its employees – setting a benchmark for large-scale developments in the UK.”

Following the expected submission of a planning application to the council early in 2019, Osborne is aiming to start construction of Santander’s north-west headquarters next year, with completion due in 2021.