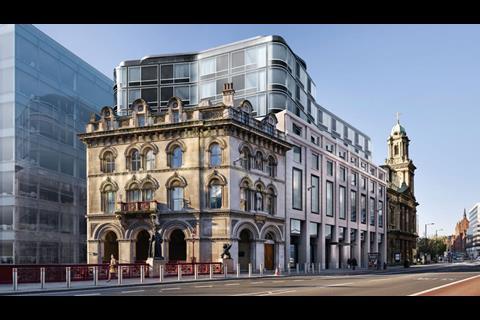 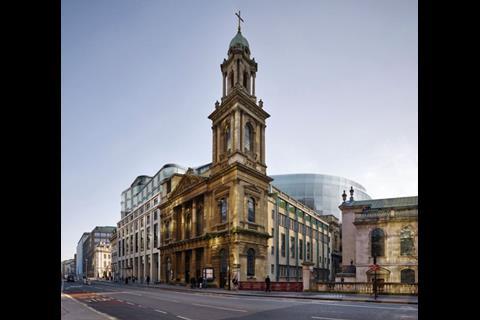 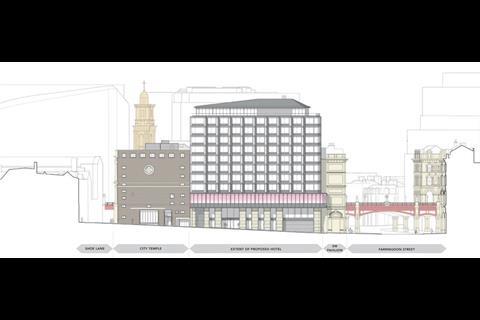 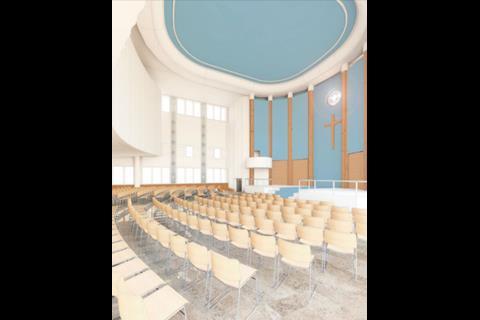 The downsized worship space proposed for the refurbishment of City Temple 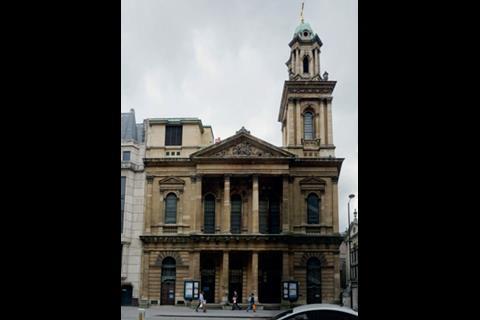 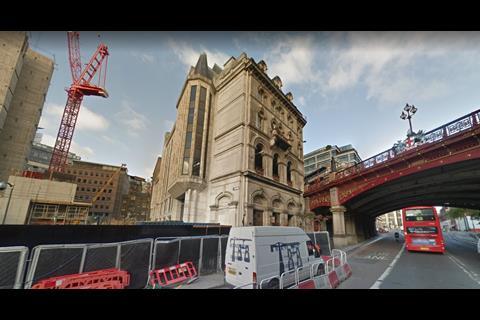 View of Plumtree Court, where the entrance to Eric Parry's proposed hotel would be. KPF's new headquarters for Goldman Sachs is under construction to the south; Holborn Viaduct is to the north. 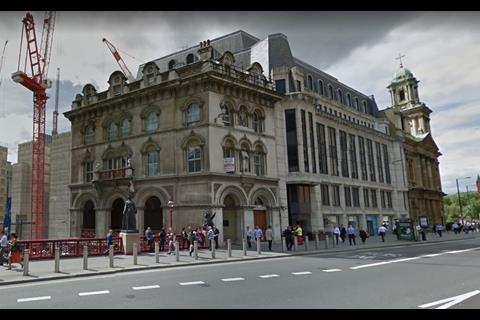 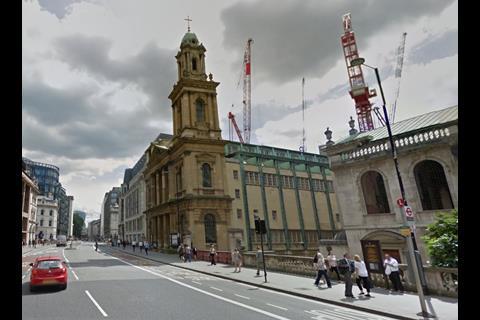 City Temple and Morley House seen from the west

Eric Parry Architects has won planning permission to demolish a 1980s office building in the City of London and replace it with a 10-storey hotel.

The project to redevelop TP Bennett’s Morley House, on Holborn Viaduct, will also include the refurbishment of the neighbouring grade II City Temple, a church designed by Lockwood and Mawson. Planners described the proposal as a way of securing the long-term future of what is sometimes referred to as the non-conformists’ cathedral.

The scheme has been worked up for Shiva Hotels, which is the developer behind Parry’s controversial proposals to redevelop the Brutalist Wigmore Street car park off Oxford Street.

Under Parry’s City scheme, the nine-storey Morley House would be replaced with a 10-storey, 191-room hotel. The building would be predominantly stone-faced towards Holborn Viaduct, where it would be bookended by the grade II-listed South West Pavilion and City Temple.

The structure would be more extensively glazed on its upper floors and its southern elevation, on Plumtree Court – which is two storeys below street level in comparison with the Holborn Viaduct side.

As part of the project, Morley House’s owners will fund refurbishment work on City Temple – costed in 2015 at £2.5m – in return for a long lease on the church building’s two basement levels, which would be used as offices.

Although the grade II-listed building retains its 1870s Victorian frontage, most of the structure dates from the 1950s after extensive reconstruction following Second World War bomb damage

Under the proposals, the current building’s ground floor and upper levels would remain in church use, but the entrance foyer would be refurbished, and the ground-floor sanctuary and meeting rooms would be remodelled.

Work would also include the removal of the worship area’s raked first-floor gallery for replacement with two new mezzanine floors for conference use.

Externally, the building would have new windows on its Shoe Lane elevation and a new entrance on Plumtree Court.

Recommending the connected schemes for approval, City of London planners said the proposed change of use of Morley House was considered acceptable, despite a net loss of office space, while they noted the church supported the City Temple proposals.

“The new hotel is acceptable in terms of its design, impact on adjacent listed buildings, impact on views and impact on daylight and sunlight levels to a nearby residential dwelling,” they said.

“Sufficient information has been provided to demonstrate that the development would function operationally in terms of its impact on the surrounding highways, delivery and servicing and refuse collection.”

They added that provision of office space within City Temple was in line with policies contained in the authority’s local plan.

“The physical works to the listed building in association with the provision of the office space would not detract from its architectural or historic significance,” they said.

“The scheme provides the opportunity to secure the long-term future of City Temple.”

Stephan Reinke Architects produced proposals to replace Morley House with a hotel in 2013, but the scheme – drawn up for the building’s former owners – was subsequently withdrawn. 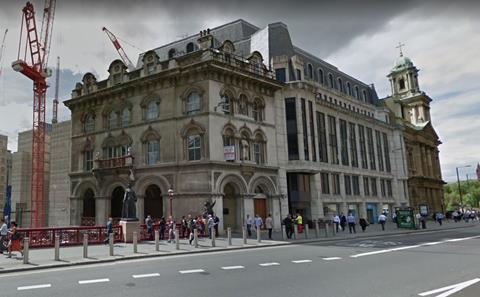