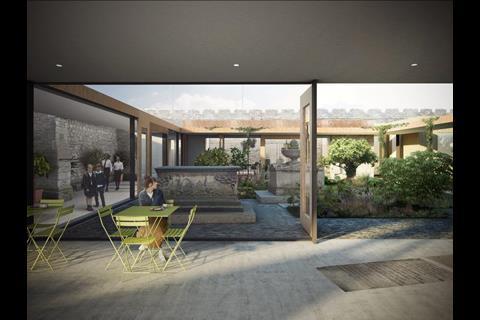 CGI of the new Garden Museum cafe by Dow Jones 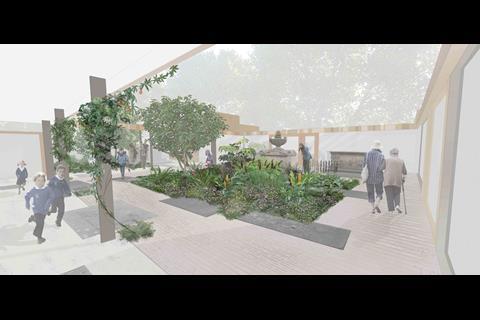 CGI of the new Garden Museum landscaping by Dan Pearson 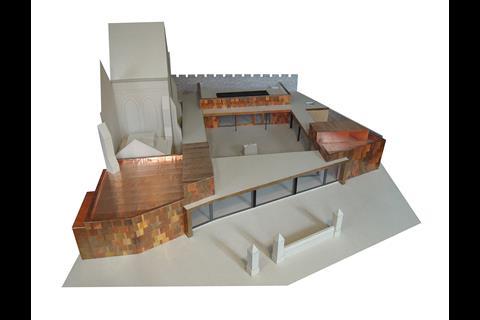 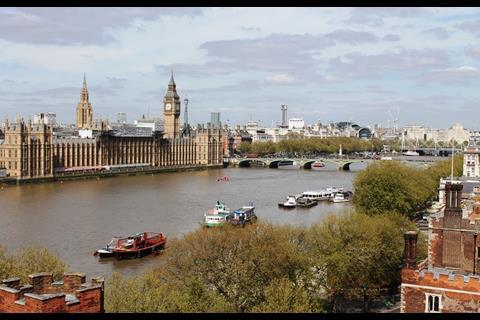 Dow Jones has completed its £7.5 million redevelopment of the Garden Museum in Lambeth, south London.

The museum, housed in a redundant listed church next to the Archbishop of Canterbury’s Thames-side palace, will re-open on May 22.

The biggest aspect of the job involves a series of bronze-clad pavilions erected next to the church, giving the museum the street presence it previously lacked.

This courtyard extension had to be built without foundations to avoid disturbing the 20,000 bodies buried there, some dating back to before the Norman Conquest.

The 14th-century tower will be open to the public. Work has also been carried out inside the church to extend the existing facilities which date from 2008.

Dow Jones, run by Biba Dow and Alun Jones, was also responsible for this more modest first phase, in which a two-storey structure wrapped around the interior of the church, an intervention that was entirely reversible.

St Mary’s-at-Lambeth was saved from demolition in 1977 by Rosemary Nicholson, who discovered the graves of the great 17th-century plant hunters, the Tradescants, there. The church was due to be demolished as it had stood empty for many years but she successfully raised enough money to turn it into the world’s first museum dedicated to the history of gardening.

The completion of the redevelopment means a collection assembled over 40 years can finally be displayed, along with some items loaned from the Tradescant collection at the Ashmolean Museum.