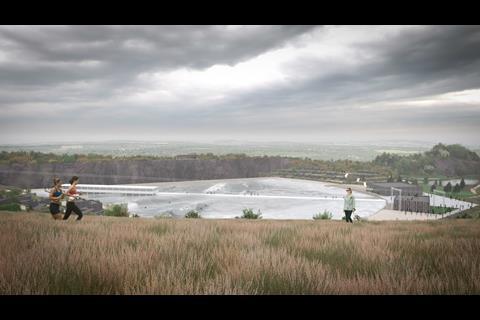 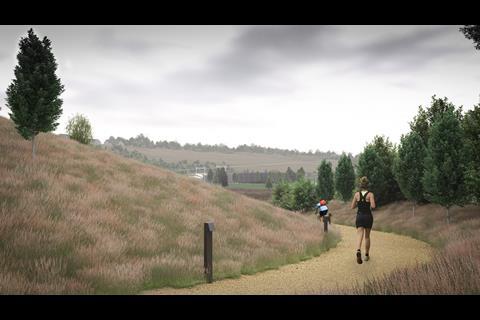 The entrance path to Wavegarden Scotland 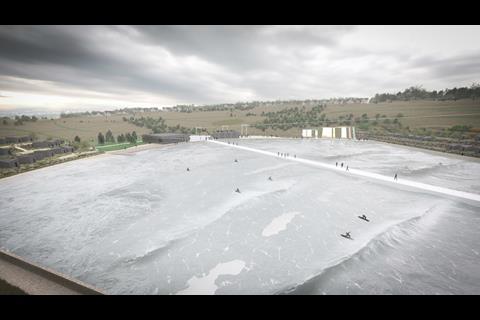 The Wavegarden Scotland surf centre seen from its viewing platform 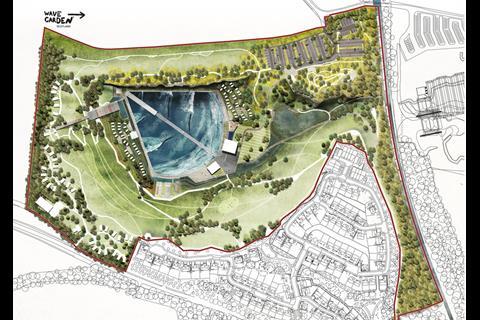 Proposals to build a 23-hectare artificial wave park for surfers in a quarry near Edinburgh have been lodged for planning permission.

Wavegarden has artificial surf facilities in Wales and the United States, but the scheme earmarked for Craigpark Quarry, near Ratho, would be Scotland’s first such centre.

Wavegarden Scotland said its resort would be “ecologically responsible” and boast a large country park for runners and cyclists to enjoy, capitalising on the natural character of the site and re-using onsite materials and stone. 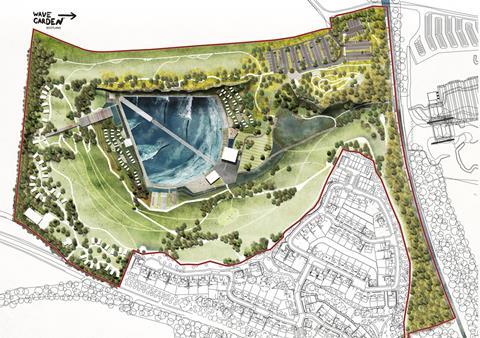 Company co-founder Andy Hadden said the proposals were the result of years of research, consultation and planning.

“We believe our facility will enhance Ratho as an international destination for adventure sports, and we’re delighted that we have the chance to deliver the project in a brownfield site within an old quarry,” he said.

The centre would use state-of-the-art wave-generation technology called The Cove that is capable of supplying surfers with 1,000 waves an hour.

The application will be determined by City of Edinburgh Council.