Harnessing the power of the architect’s unconscious mind

Parameters are important but sometimes architects must look away from the briefing documents and simply dream, says Neven Sidor 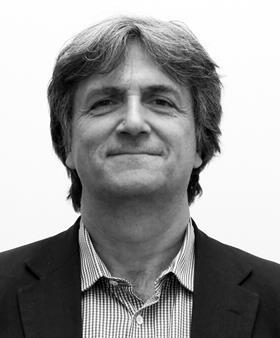 What kind of theatre is it where you are simultaneously the playwright, the director, the set designer, the casting agent, the lighting engineer, not to mention the audience, and where you play all the parts yourself?

It is the theatre of the subconscious. It is what happens when we dream as the human mind is probably the most complex thing in the known universe.

It is also the place where creativity comes from, but that can be a problem as the place is extremely slippery; in fact it’s completely ungraspable. Imagine how much data we have all absorbed in our lives. It’s all packed away in there, yet when we are awake we find making novel connections within this labyrinth extremely hard.

Creativity is a hugely valued commodity within architecture and design, but our hyperactive world is fuelled by instantaneous information which constantly smothers it at birth. We’ve all had those moments where we think an original idea has been born, and some bright spark in the team clatters away on their keyboard for a few seconds to show you that it has annoyingly already been built on the other side of the world. This is not a problem medieval masons ever had to contend with. “So hard to think of something new, the possibilities are extremely few,” said Roald Dahl. Perhaps we should just strive a bit more to be the best rather than the first.

It is truly ironic that most architects today enjoy technological possibilities that our forefathers could never have dreamt of, yet these same architects practice within the tightest social, financial, legal and commercial constraints ever. Richard Rogers once spoke for all of us when he complained that he was expected to produce architecture within a 200mm zone outside the lettable perimeter of a commercial building. You could argue however that constraints are actually a spur to creativity. Some architects are terrified of a blank canvas and a limitless brief. This is arguably where our creativity is needed most, in a crowded world of diminishing resources.

Deliberately ignoring constraints, however, can produce a masterpiece. Take the Sydney Opera House. It’s a miracle it exists at all. We are extremely lucky that Eero Saarinen pulled the competition proposal out of the reject pile and that New South Wales premier Joseph Cahill went along with his jury’s recommendation. Today such a recommendation would be immediately overturned. Where the brief called for an opera house fit for a modern opera company, Utzon proposed a piece of sculpture fit for Bennelong Point. The two were always going to be at odds. Anyone who has taken a backstage tour at Covent Garden will understand what a modern opera company needs: a giant boxy warehouse with sliding pallets enabling several different productions to be progressed at the same time. The auditorium and foyers are a very small proportion of this space. This is hardly the stuff from which an architectural icon is made.

Whether he was brave, arrogant, ignorant of opera house technical requirements or just naïve, Utzon asserted the primacy of the site over the brief. While I was in Sydney I saw his competition drawing for the first time. He proposed his “sails” (as they are now called) sitting on top of what looks like a Mayan temple complex reached by a grand stair, and that’s it. There don’t even appear to be end walls, and scenery was supposed to magically emerge from the podium. The three vaulted spaces just housed a kind of “festival of music” in the broadest terms. What we now have is a world-beating icon on the outside and a car crash on the inside. The only places you can see Peter Rice’s glorious vaults are at the edges of the foyers and in the small Bennelong restaurant building. Mainly they are enjoyed exclusively by the air-conditioning maintenance engineer.

Yet this is a building that defined an emerging nation in the eyes of the world. It is loved. From the narrow perspective of the building’s users, Utzon was disastrously wrong but through a wider historical lens he was unassailably right, visibly demonstrating the power of the subconscious mind.

Neven Sidor is a partner at Grimshaw