The DSDHA co-founder on one of London’s oldest gay venues, and creating connections to the community 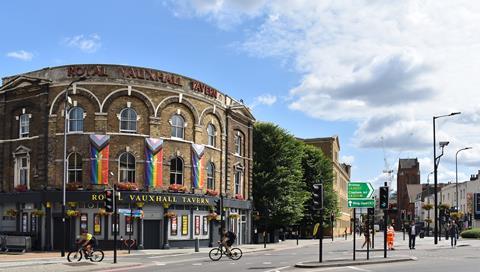 To me, the Royal Vauxhall Tavern (RVT) has always felt as if it were part of the ether of London and its rich culture of diversity and tolerance. As a well-known anchor point for the LGBTQ+ community, its location in Vauxhall places it on a continuum spanning across the history of the famed 17th-century Pleasure Gardens, as a theatrical backdrop for permissive encounters and raw entertainment, through to its role in fostering drag queens and comedy that was once on the margins and is now feeding directly into today’s mainstream culture.