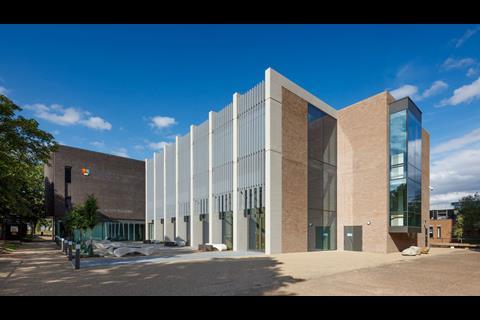 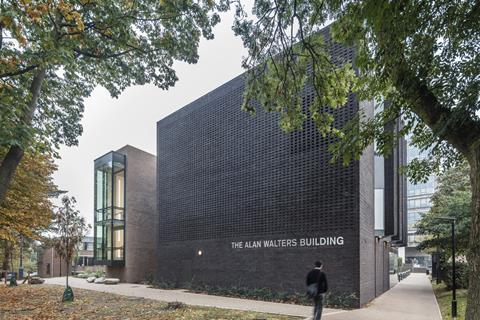 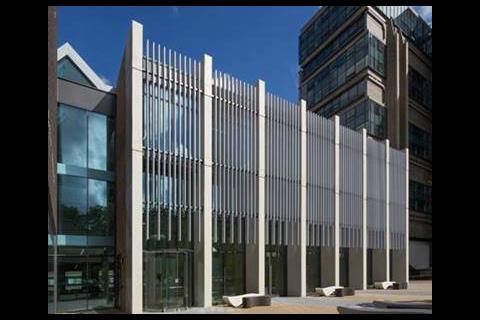 The Alan Walters Building, next to Muirhead Tower 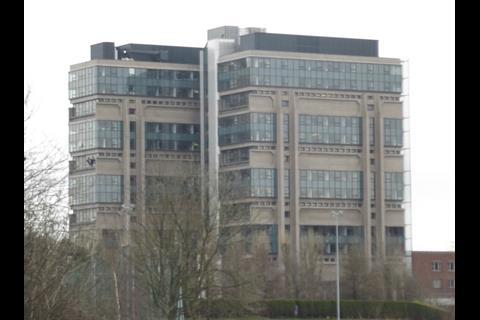 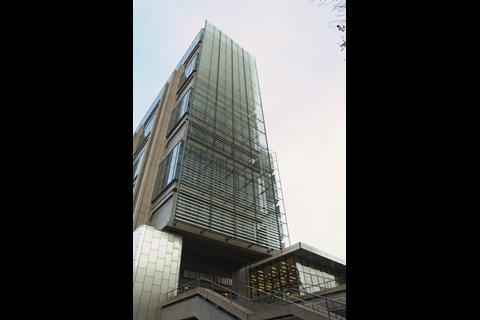 The £6.9 million block has two three-storey wings, and is next to the university’s 16-storey Muirhead Tower block, designed by Sir Philip Dowson of Arup Associates and opened in 1971.

BGS said the site’s close proximity to the Brutalist tower had “demanded a very specific response in terms of materiality and perceived scale”.

Muirhead Tower was refurbished to designs by Birmingham-based practice Associated Architects in a project that completed in 2009.