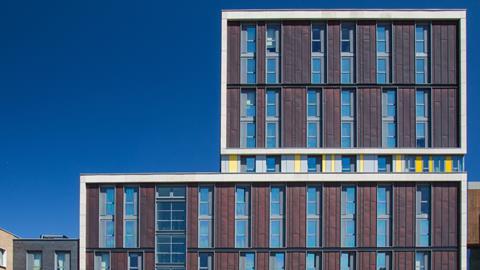 Aukett Swanke said a slump in new UK instructions was behind a downturn in first half revenues, with “no immediate sign” of a sustainable domestic recovery.

Interim results saw the group post a pre-tax loss of £358,000 for the six months to 31 March, on overall turnover for the first half down 9% to £9.1m. Revenue in the UK fell by 31% to £4.6m, a situation described by the firm as “disappointing”, and reflecting a lack of new market instructions as existing projects were finished.

The firm, which is listed on the London Stock Exchange’s Alternative Investment Market, said that with the construction sector having previously peaked it did not expect to see higher volumes in the immediate future.

However, it noted: “Recent enquiries both in London and the UK regions provide some confidence that that the general development market has adapted to a post-Brexit future.”

In continental Europe, where its activity is through joint ventures, wholly-owned subsidiaries and an associate, revenue fell 24% to £331,000.

The firm said it believed it had reached the bottom of the cycle in the UK, but recent events meant there was “no immediate sign of a strong sustainable recovery” in the market.

“We feel more confident about the Brexit impact having been weathered,” it said.

“However, with the recent UK general election result creating a hung parliament, it is more likely that this business may now face a longer period of uncertainty than was hitherto expected.”

The firm warned that it expected to report a loss for the current financial year.