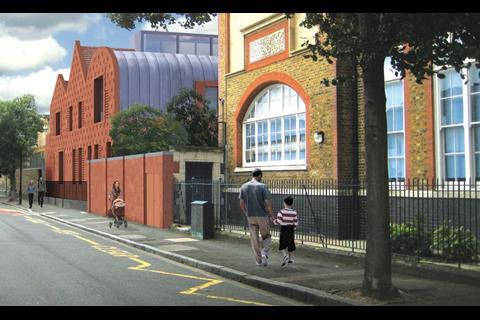 The extension’s red-brick facade provides a visual link to the original London School Board building on Monnow Road. 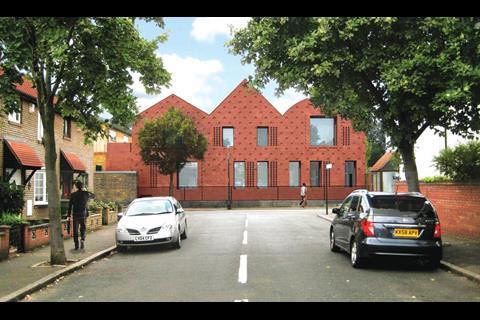 The existing Victorian red-brick Spa School building, on Monnow Road in Bermondsey, originally built as part of the London School Board construction programme, needs to expand to accommodate more pupils.

AOC’s project, part of Southwark’s Building Schools for the Future programme, will see the creation of a two-storey building with six classrooms arranged in a “doughnut” form around a top-lit, double-height circulation space. Each classroom boasts a double aspect to create a variety of views and maximise natural ventilation.

The plan also includes a drama hall, science lab and a small orchard.

The unusual first-floor roof picks up on the architecture of an adjacent sports hall and the original school building while creating variation in the form of the classrooms inside.

A further visual link to the Victorian building is provided by the red English bond brick facade on the east elevation.

“We strove to replicate the generosity of the Victorian building whilst creating more appropriate spaces”, says AOC director Geoff Shearcroft.

“By studying the very particular way the staff and pupils use their existing classrooms we were able to develop new classrooms that are both specific to their immediate needs and flexible for an unknown future.”

Passed at the first meeting of Southwark Council’s new planning committee, the proposals overcame stiff opposition from local residents, who were against an increase in pupil numbers, and a councillor who reportedly described the design as “a bizarre red lump”.