Allies & Morrison teams up with Maccreanor Lavington on Romford regeneration 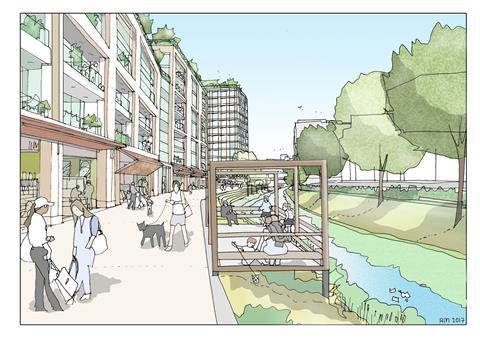 Allies & Morrison and Maccreanor Lavington have been appointed to design the first phase of a regeneration project in Romford.

They will work alongside masterplanners Fletcher Priest.

The neighbourhood is being developed by the London Borough of Havering and First Base, who entered a JV in April to develop the seven-acre site.

The scheme will see 1,000 homes built in addition to mixed workspaces, a new primary school and community spaces. The development will be adjacent to the River Rom and minutes from a new Crossrail station.

Allies & Morrison and Maccreanor Lavington were jointly appointed following a design competition. They will work on concepts for up to 500 homes, as well as commercial space and the primary school as part of phase one.

The area has been designated a housing zone by the Greater London Assembly and has received funding from a £1.4m programme of upgrades for Romford station.