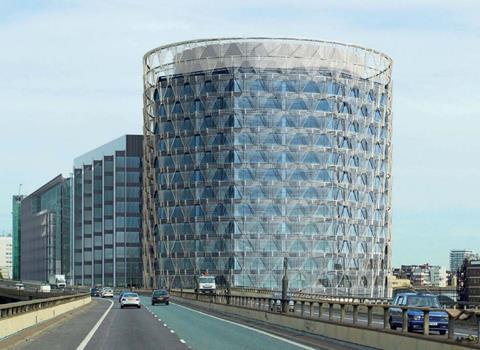 The 2009 version of Allies & Morrison’s 5 Kingdom Street proposals, seen from the Westway

British Land is poised to submit new Allies & Morrison proposals for an office block at its Paddington Central development that will deliver 50% more office space than an already consented scheme by the practice.

The developer used its half-year results this week to reveal that it was close to lodging new plans for 5 Kingdom Street that would increase the scheme’s office floorspace from 22,300sq m to 34,467sq m.

The proposed building is earmarked for Paddington Central’s western-most plot and is next to the 4 Kingdom Street office block – which was also designed by Allies & Morrison practice and which was completed last year. 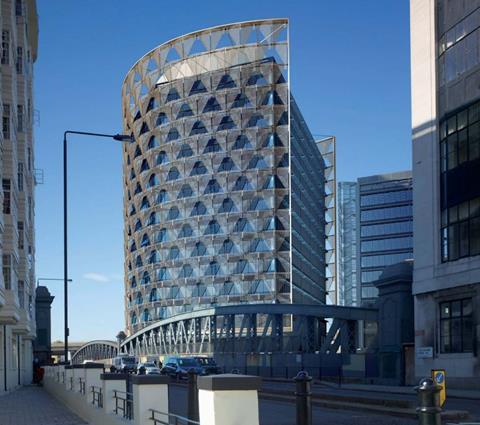 The 2009 version of Allies & Morrison’s 5 Kingdom Street proposals. The practice was appointed to design the building by Development Securities in 2008.

In its update yesterday, British Land said: “At 5 Kingdom Street, Paddington Central, we have existing consent for a 240,000sq ft (22,300sq m) office-led scheme; our plans will increase this to more than 371,000sq ft (34,467sq m) and we expect to submit a revised application later this year.

“The site sits above the Box, a 70,000sq ft (6,503sq m) site which will become redundant on the completion of Crossrail, when ownership reverts to British Land. This represents an interesting opportunity to create an alternative use, potentially retail, leisure or events space.” 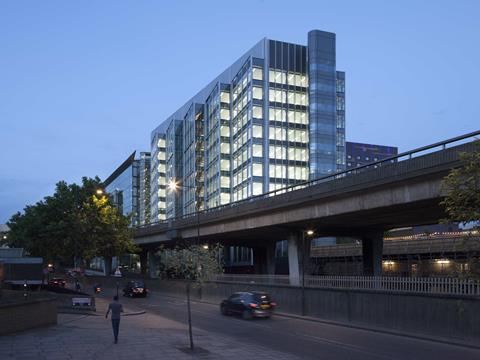 Elsewhere in its half-year results British Land outlined its interest in stepping up its work in the build-to-rent housing sector and said it  was “in exclusive negotiations to acquire an operator to add scale and enhance operational expertise”.

The developer also said it expected to start on site at Blossom Street, a large, highly contested site in London’s Spitalfields, during the second quarter of 2019.

The 32,000sq m scheme was masterplanned by AHMM and consists of seven buildings, comprising mainly office space along with 13 shops and 40 apartments designed by DSDHA, Duggan Morris, Stanton Williams and East.