Allies and Morrison gets go-ahead for new MMU block 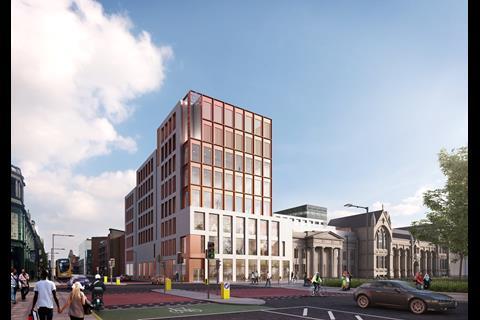 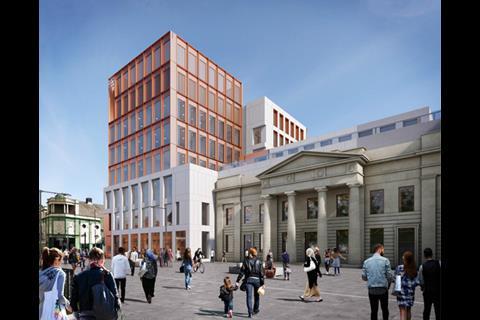 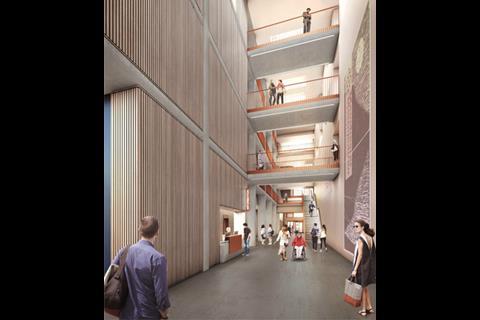 Inside Allies and Morrison's arts and humanities block, designed for Manchester Metropolitan University 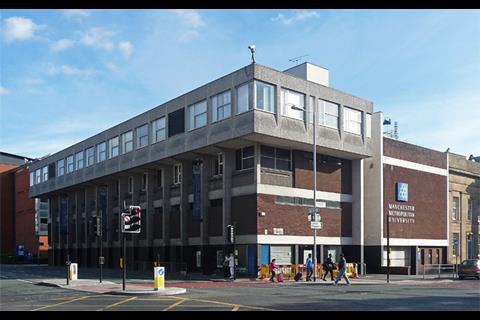 Manchester Metropolitan University has been granted planning permission for an Allies and Morrison-designed arts and humanities building at its All Saints Campus.

The seven-storey block is at the heart of a £110m investment in arts provision, and will add 12,500sq m of new space, including a 180-seat studio theatre, new TV and radio studios, a new home for the university language centre and a café and restaurant.

It will replace the university’s Mabel Tylecote Building at the side of the grade II-listed Grosvenor Building - which was the original Manchester School of Art.

Allies and Morrison said the structure would “dovetail” with its neighbour, using its portico as its main entrance, and drawing on the “modular language of the Grosvenor Building” for its external form.

Allies and Morrison director Oliver Heywood said the new building’s distinctive façade would combine glazing with solid concrete masonry and lightweight wrapping made of fine coloured metalwork that accentuated the profile of each elevation of the building’s modular elements.

“Rather than an inward-looking campus building, we have designed something that will integrate with the city around it,” he said.