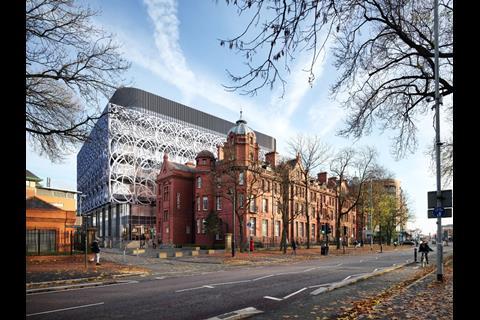 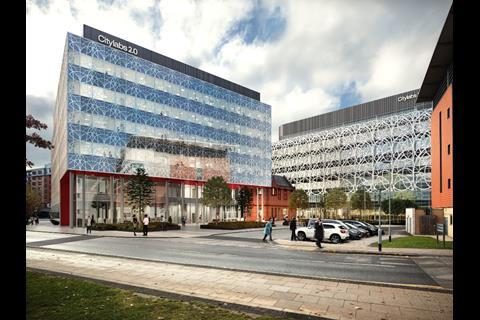 The new-build element of Sheppard Robson's latest Citylabs proposals, with the retained hospital chapel at the centre 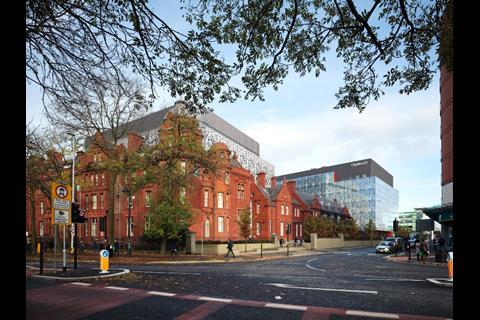 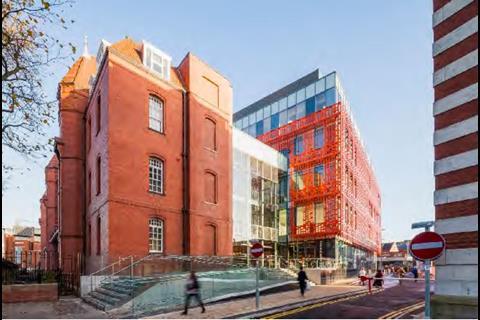 Sheppard Robson's Citylabs 1.0 building, which opened on a different part of the campus in 2015 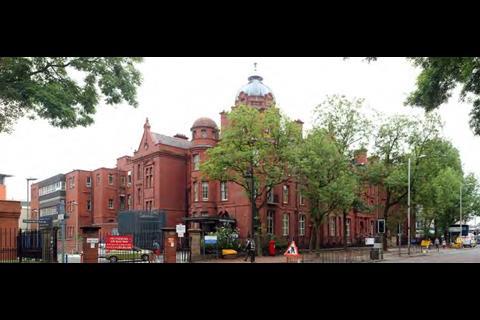 Members of Manchester City Council’s Planning and Highways Committee gave their backing to the Citylabs 2.0 and Citylabs 3.0 buildings, which will deliver almost 25,000 sq m of clinical research space on the site of the Old St Mary’s Hospital.

The project, for the Manchester Science Partnerships organisation, aims to expand on the success of Sheppard Robson’s Citylabs 1.0 building, which completed in 2015 on a different part of the hospital campus.

The new six- and seven-storey blocks will require the demolition of two rear wings of the hospital, but remaining parts of the building – including the hospital chapel will be retained and refurbished.

Recommending the proposals for councillors’ approval, planning officers said that the new buildings would create more than 600 new jobs, and that the principle of demolishing most of the under-threat parts of the existing structure had been established by an earlier application in 2010.

They accepted that the proposal would “involve the loss of historic fabric” but argued the impact had “been fully assessed and the level of harm is considered to be less than substantial”.

The council said government heritage adviser Historic England had decided not to offer any comment on the proposals.

Chris Roberts, chief development officer at developer Bruntwood – which is a Manchester Science Partnerships member – said the planning consent would give a “new lease of life” to the hospital building.

The development will be a joint venture between MSP and site owner Central Manchester University Hospitals NHS Foundation Trust.