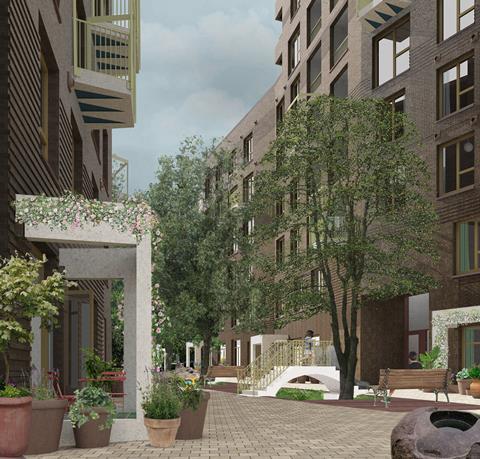 The developer behind one of Hackney council’s estate regeneration projects has revealed Adam Khan Architects’ design for the replacement scheme.

Khan was appointed to deliver new homes on cleared site of Stamford Hill’s Tower Court Estate in 2015, with a brief to deliver around 130 homes and a new base for the Hatzola rapid-response ambulance service that serves the local Jewish community.

Last week developer Countryside announced it had reached a deal with the local authority to deliver the scheme, which it said now numbered 132 homes and was worth £82m.

Muf is doing landscaping and public space for the project.

In addition to the new homes and ambulance depot, the development – which is opposite Clapton Common – will deliver 3,115sq m of communal accessible open space and new public art.

Andy Fancy, Countryside’s managing director responsible for north London, said it would result in a “desirable neighbourhood in the heart of London” that encouraged a “sense of community and shared identity”.

Countryside said 80 of the new homes would be for market sale, 33 for social rent and 19 for shared ownership. 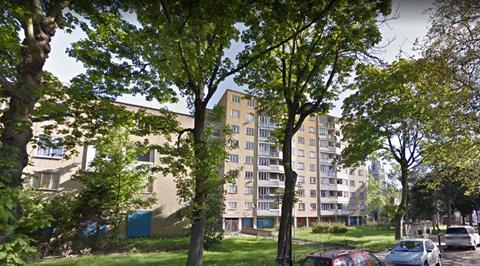