US practice behind Saudi building, with EC Harris and Mace as project managers

Above-ground work on the 1km-tall Kingdom Tower in Jeddah, Saudi Arabia, will begin next month.

BD’s sister title Building reported that construction of the $1.2bn (£800m) skyscraper is set to start on 27 April and will be overseen by joint UK project managers EC Harris and Mace.

Construction is scheduled to complete over 63 months.

Once complete the tower will be the world’s tallest, beating current record holder the 828m-tall Burj Khalifa in Dubai.

Client Jeddah Economic Company has not yet confirmed the exact height of the tower, but has indicated it will be over 1km tall.

In December, contractor Saudi Bauer completed piling work for the tower, including sinking 270 piles up to a depth of 110m.

Kingdom Tower will form the centrepiece and first phase of the wider $20bn (£13bn) Kingdom City, a mixed-use district to the north of Jeddah.

EC Harris and Mace overcame 13 rivals for the role and will take control of ensuring the project hits its budget and construction timetable.

Kingdom Tower will be over three times as tall as the 308m Shard designed by Renzo Piano. 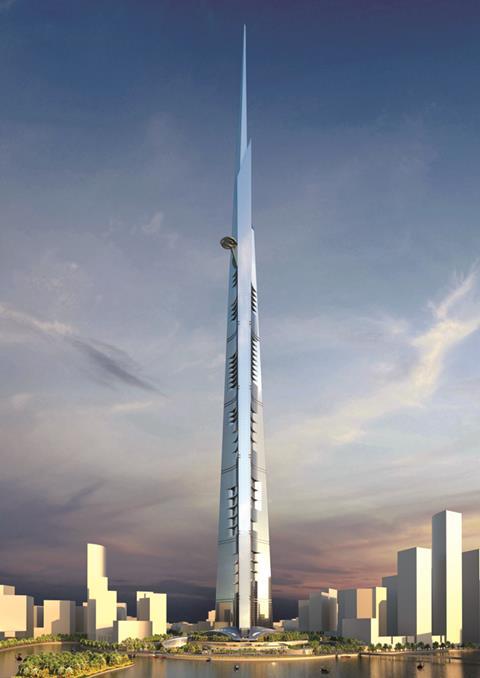 A version of this story first appeared on Building