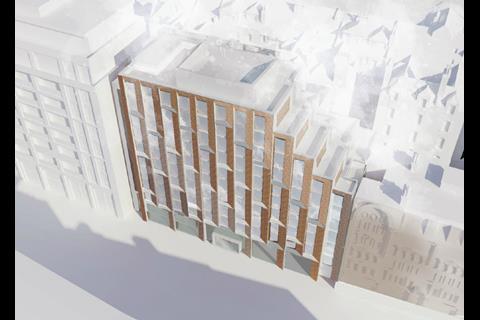 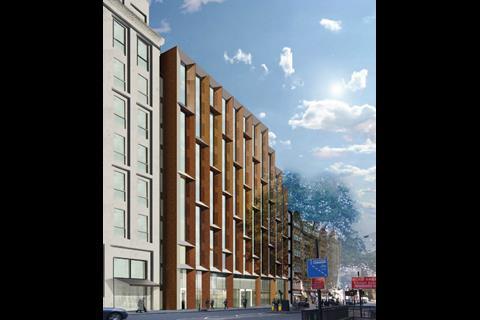 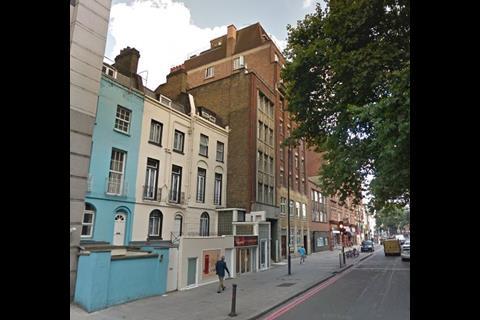 The proposed development site seen from the north. 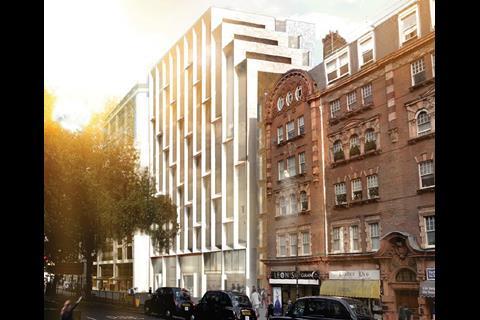 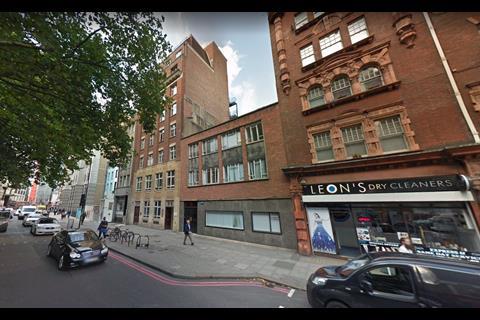 The development site, seen from the south. Cathedral Mansions is at the right 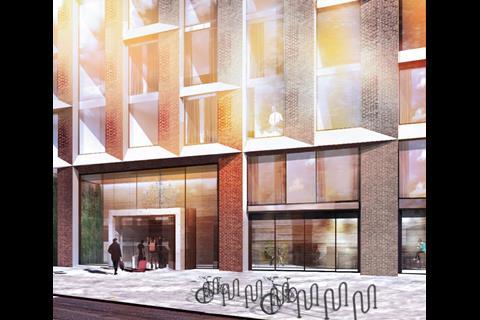 Dexter Moren Associates’ proposals for a new 169-room hotel in Victoria with a dual facade have been dealt a blow by Westminster councillors who rejected advice to approve the scheme, citing concerns about its 10-storey height.

The practice’s plans, drawn up for developer 4C Hotel Group, required the demolition of a run of older structures on Vauxhall Bridge Road, including three office buildings of varying heights and three Victorian terraced houses.

In addition to the hotel rooms, a restaurant, bar and gym, the Dexter Moren proposals also included two new homes accessed off King’s Scholars’ Passage at the rear of the development site.

The practice’s final vision for the hotel’s appearance was designed to make the building’s rendering appear radically different depending on whether it was viewed from the north or the south. 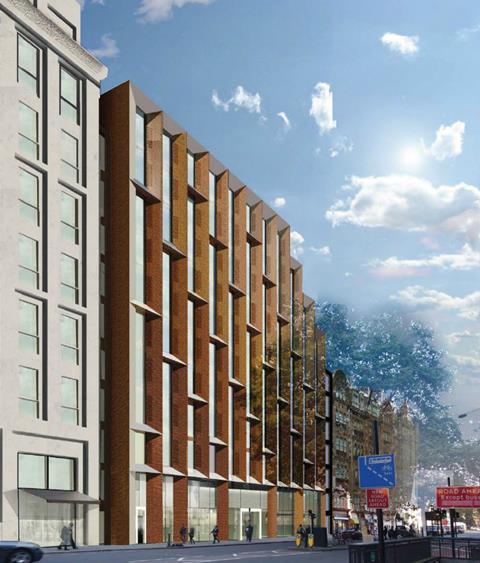 When seen from the north, red masonry predominates on the chamfered frame design to fit in with the appearance of Cathedral Mansions, its neighbour to the south.

Viewed from the south Dexter Moren proposed a stone appearance to fit in with northerly neighbour Denison House. That  building is eight storeys tall, but has planning permission for a roof extension.

In the design and access statement supporting the scheme, the practice said its proposals represented “neighbourly infill” and would boost “vibrancy, interest and activity” along Vauxhall Bridge Road.

Neighbours objected to the proposals, dubbing them out of scale with the current environment and arguing that the scheme’s rear aspect would be particularly negative for King’s Scholars’ Passage, one side of which is dominated by Manning House, the former Victorian Guardsmen’s Institute which was later used as the Archbishop of Westminster’s Palace before being converted into offices.

Government heritage adviser Historic England said it was happy for Westminster to determine the planning application in accordance with its own planning guidance. 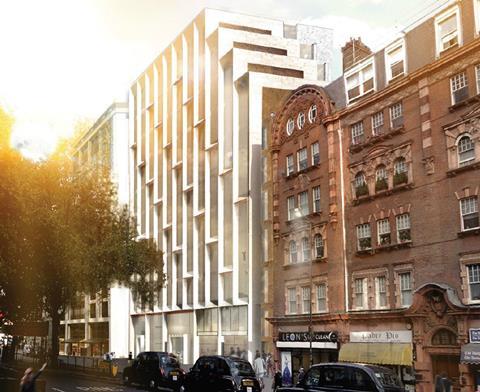 Both the Greater London Authority and the Westminster Society supported the proposals, the latter arguing that the buildings earmarked for demolition to make way for the scheme were “a hotchpotch”.

Planning officers advised members of the city council’s planning committee to approve the proposals on the grounds that they were consistent with London Plan policy objectives to deliver an additional 40,000 hotel rooms by 2036. They also dismissed the suggestion that there was an “over-proliferation” of hotel developments in the area, despite two recent approvals.

Officers said Dexter Moren’s design was considered acceptable because Vauxhall Bridge Road did not have one consistent architectural style, and they agreed with the architects that the dual-façade aspect of the building’s frontage allowed it to blend in with its surroundings. 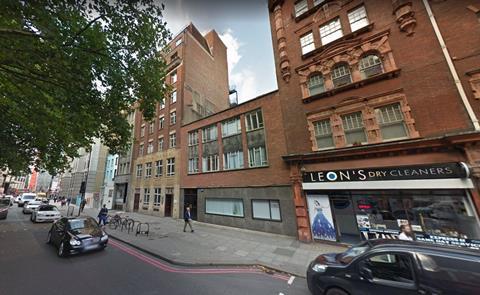 The development site, seen from the south. Cathedral Mansions is at the right

“The framing also compliments [sic] the stepped roof line, as the vertical and horizontal lines created determine the areas of the facade where the setbacks are located,” they said in a reprot to Tuesday night’s meeting.

Nevertheless, councillors refused the application, citing concerns over the height and “sense of enclosure” that the hotel plans would result in, as well as the impact on residential amenity for neighbours.

Separately, the panel approved Orms Architects’ proposals to redevelop a corner site towards the eastern end of Oxford Street in a scheme that represents a significant increase in height in comparison with the existing buildings and raises the quantity of floorspace by 40%.