Effective communication skills are an essential job requirement for senior roles. The architectural profession has some catching up to do, says Amanda Baillieu 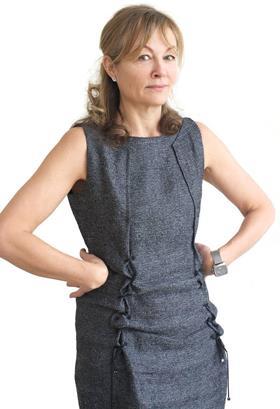 While pundits mull over Tristram Hunt’s resignation as MP, his surprise appointment as the V&A’s new director has significance beyond Labour’s shambolic politics.

He’s not the first person to be appointed to run a major institution with no curatorial or management experience but with communication now a vital skill for any leader, surely he won’t be the last.

Hunt, who incidentally some years ago wrote one side of BD’s then weekly debate –‘Is Liverpool worth visiting for its modern architecture?’ (his answer was “no”) - may not have run a museum before but so what?

The V&A’s former director, Martin Roth was still virtually unknown to the public by the time he resigned last summer after five years in the job. Even among those who did know him, Roth had a reputation for being dry and uncommunicative.

This is no longer acceptable. As Sir Peter Bazalgette, former chairman of Arts Council England, said last week: “What we need are leaders in the arts and Tristram Hunt … has the ability to project what the arts are all about”.

Technical or practical flair is still the most prized possession. But the effect of this is that architecture struggles to produce charismatic communicators

Architecture doesn’t have to worry about public funding, visitor numbers and new ways to engage a dwindling audience. But like the V&A and the Tate, which last week appointed the ebullient Maria Balshaw as its new director, the profession is in dire need of better communications.

Arguably that’s the role for RIBA. But who exactly should do it? The president doesn’t have time and the Institute’s new director-general, Alan Vallance, is an administrator who was primarily chosen because of his experience running membership organisations.

Practices, which have had to become more public facing, rarely appoint anyone to a senior position who is not an architect and there are understandable reasons for this. Technical or practical flair is still the most prized possession. But the effect of this is that architecture struggles to produce charismatic communicators.

This is particularly true of this generation of architects. There is no Richard Rogers figure waiting in the wings, probably the most powerful advocate the profession has had in recent times. Instead, the conversation has turned inwards – architects talking to other architects- sometimes with disastrous results.

At the same time communication has changed and architects, always reluctant to engage, find the shift from print to digital media a less comfortable landscape and one which Patrik Schumacher describes it as “the spinning hungry media vortex” because it’s a world in which the loudest arguments prevail.

In the corporate world, internal ‘comms’ – how the CEO talks to his or her employees - is taken deadly seriously

As the director of ZHA, Schumacher is not the first architect to be internally promoted when the founder goes. But his shaky first nine months at the helm is a stark reminder why communications skills, both internally and externally with the public, is so critical.

He may believe he has an important voice in the global architectural debate but his error was not simply the speech to the World Architecture Festival but the rambling email he later sent to staff reprimanding the only person at ZHA who is actually allowed to talk to journalists, Roger Howie, head of press.

In the corporate world, internal ‘comms’ – how the CEO talks to his or her employees - is taken deadly seriously. Firstly, because it’s a way of rallying the troops, getting them to buckle down and work harder. Second, because an email will always be leaked if the contents are controversial. Schumacher’s missive to staff sent from his iPhone is illuminating and damning at the same time. Like US President-Elect Donald Trump’s predilection for tweeting, it’s hard to believe what you’re reading.

Just as museums have realised that they don’t necessarily need professional experts to bang the drum, there’s a yawing vacancy for someone who can engage the public and communicate why architecture matters beyond buildings. Schumacher has done the reverse.