The RIBA is giving architects that want to submit Olympic 2012 projects for this year’s awards an extra week to do so after the ban on firms marketing their Olympics work was lifted this week. 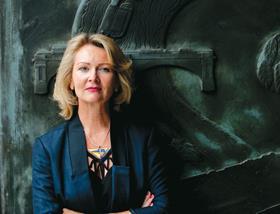 The deadline for firms in the London region to enter the 2013 RIBA Awards will remain the end of the month but RIBA president Angela Brady said those practices who would be entering Olympic schemes would now be given until February 8 to get their submissions in.

Brady said architects would be allowed to enter temporary projects which were no longer there such as the Coca Cola Beatbox by Asif Khan and Pernilla Ohrstedt and Series Architects’ BMW Pavilion.

She added: “We normally have to visit a project for it to be included but we’re going to make an exceptional case for the temporary buildings.” 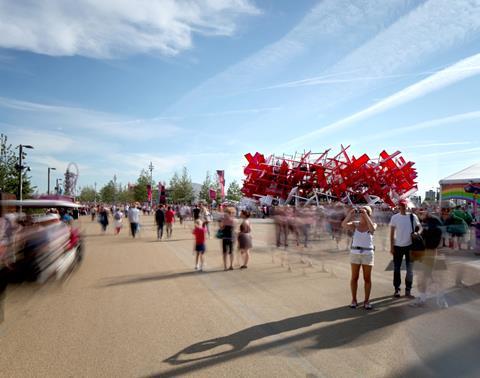 News about the deadline extension comes after the government struck a deal with the British Olympic Association and International Olympic Committee allowing firms to use promote their 2012 work.

Under it, firms which worked on the London games are able to apply for a free licence which will allow them to promote their 2012 work at trade shows, apply for industry awards and use their involvement in direct pitches and tender documents.

Brady has also persuaded the UKTI to use a 10-minute film she has made about London 2012 architects at upcoming UKTI events promoting British business abroad. It will be shown under the headline “Great Architecture”. 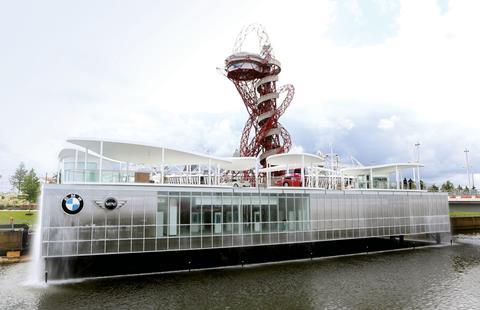 The film will feature the Beatbox, Wilkinson Eyre’s Basketball Arena, Hopkins’ Velodrome and the bandstands used at the Olympic Park by BFLS. The Olympic cauldron by Thomas Heatherwick is also included. 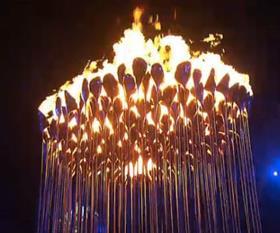 The Olympic cauldron by Thomas Heatherwick

It is set to be ready by the middle of next month after Brady was given permission to use footage of Olympic events taking place in the venues.

Brady said she has more than 60 hours of film which she is planning to trim down to a 60-minute piece. She said she was hoping a mainstream television channel would commission it – otherwise she will need to raise £45,000 to get the film made.