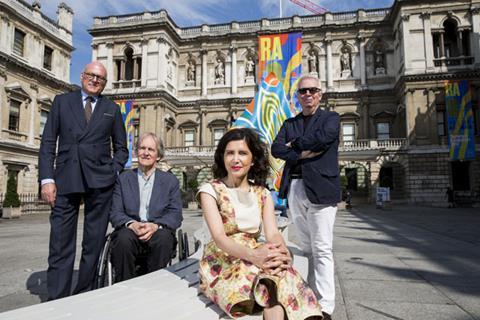 Lloyd Dorfman and Royal Academician architects David Chipperfield, Farshid Moussavi and Alan Stanton attend an announcement of a major gift from The Dorfman Foundation to transform architecture at the Royal Academy with new awards and spaces in time for its 250th anniversary in 2018 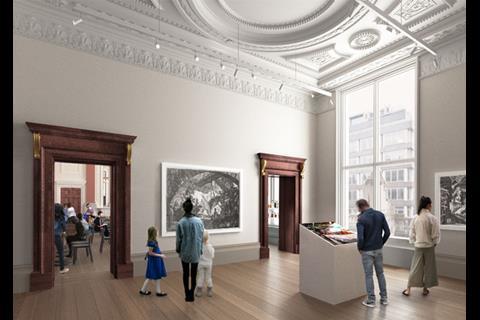 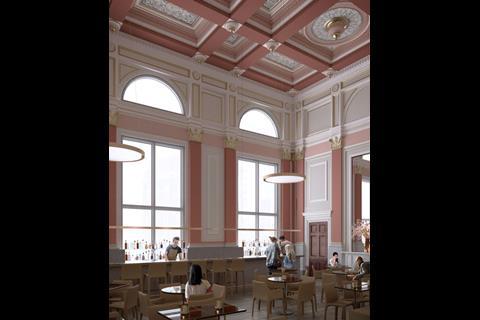 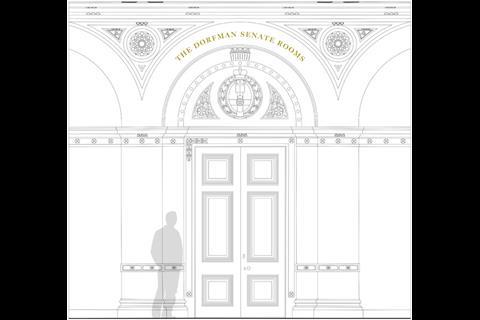 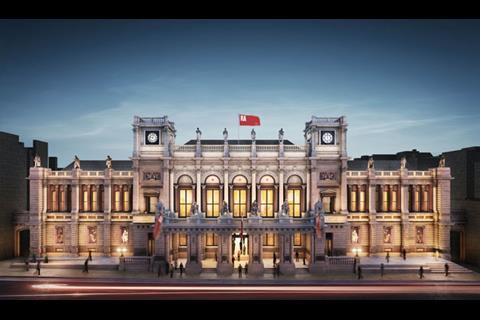 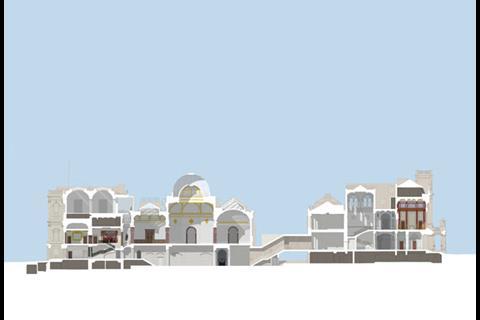 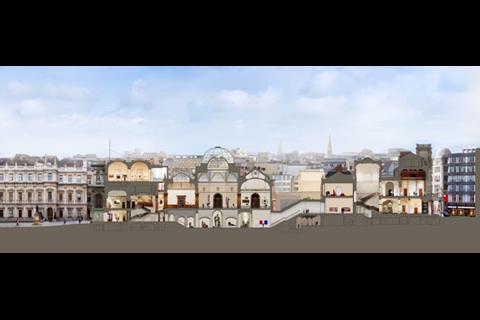 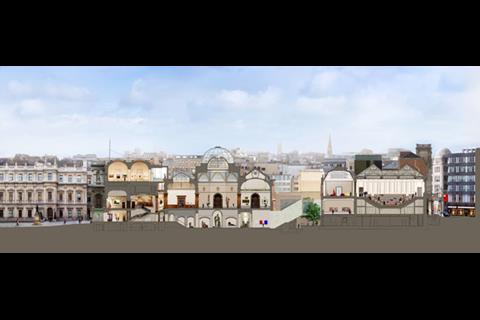 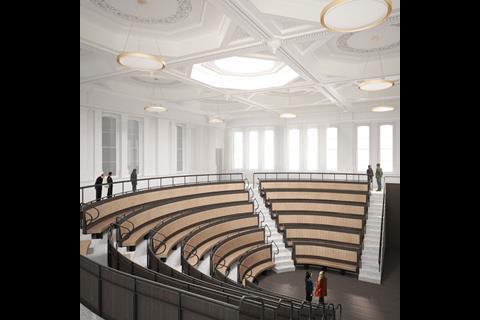 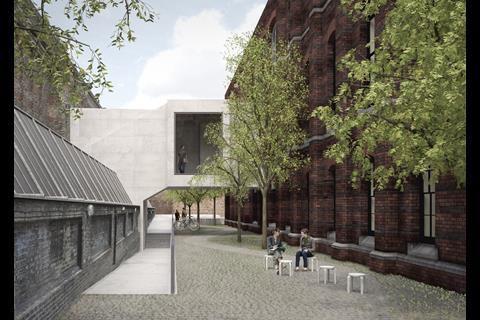 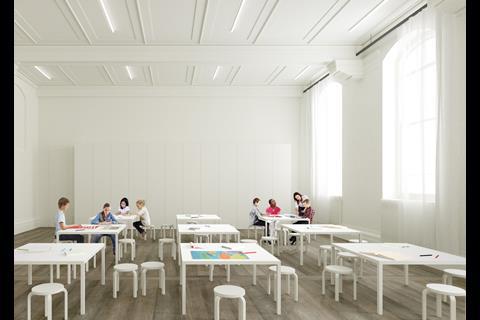 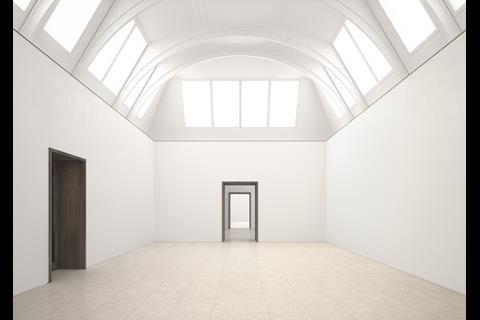 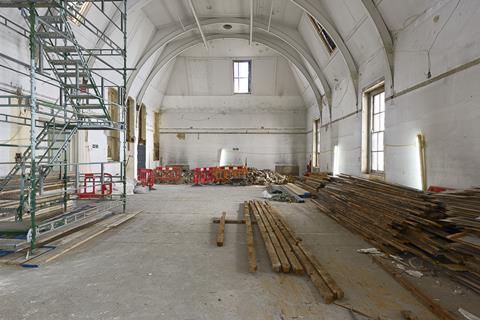 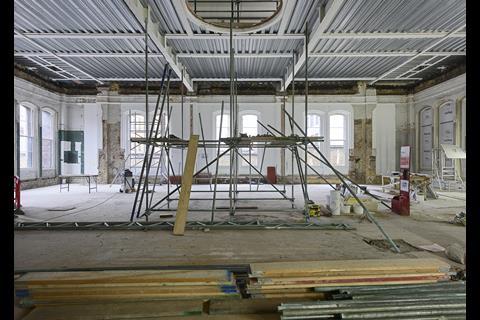 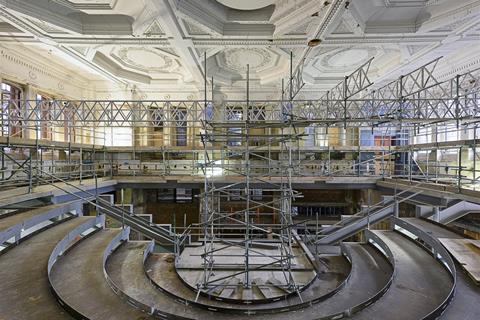 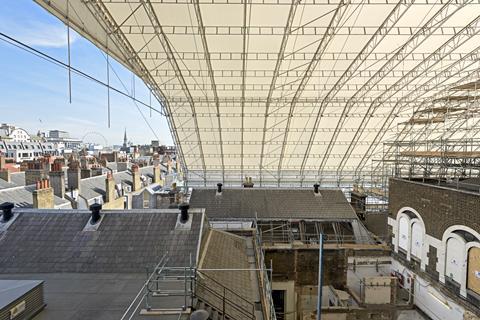 The Royal Academy has announced a significant escalation in its support for architecture.

Next year it will launch two international architecture prizes and will also devote much of the David Chipperfield-designed Burlington Gardens scheme to architecture.

It will also stage a major architecture exhibition on the scale of Sensing Spaces every year.

The expansion has been made possible thanks to an undisclosed seven-figure donation from the Dorfman Foundation, better known for its backing of the performing arts.

Although architecture has been part of the academy since it was founded 250 years ago, the only permanent architecture space is currently in a corridor leading to the restaurant.

“We have hit a point where the scope of audience we are able to reach and the limitations of space have started to hinder our ambitions,” said Goodwin.

“I hope we will be able to provoke, inspire, educate and innovate through this gift.

“Architecture is a socially engaged art that impacts all of our lives positively or negatively. We need to improve the visual and spatial literacy of the country and to engage with different communities. We need a shared discussion about how our cities are shaped.”

When the £50 million Chipperfield scheme opens next spring, linking Burlington Gardens to the original building on Piccadilly, it will create an institution comparable in size with the British Museum, said RA chief executive Charles Saumarez Smith.

Burlington Gardens – the old Museum of Mankind – will contain a double-height lecture theatre which will allow larger audiences to engage with an architectural programme of debates, lectures and performances.

More than than static displays, the emphasis will be on inviting audiences to engage with the ideas presented. It would be a creative space, said Goodwin, the curator behind the Sensing Spaces blockbuster which brought 1:1 architecture into the RA.

Similarly, historic and contemporary fragments of architecture will be placed around the new building for people to encounter, she said.

Alan Stanton, director of Stanton Williams and an academician, said the RA was able to attract a wider audience into the conversation than some of the other institutions promoting architecture.

The Royal Academy Architecture Prize will be a medal honouring an “inspiring and enduring” contribution to the culture of architecture and could be given to a non-architect.

The Royal Academy Dorfman Award will champion emerging talent in architecture with a £10,000 purse intended to unleash potential. A longlist will be drawn up representing four geographical regions – UK and Europe, Africa, the Americas and Asia/Australasia. The judges will be looking for individuals and practices with a convincing body of work but who have in some way been limited by opportunity.

The inaugural jury will be chaired by Louisa Hutton of Sauerbruch Hutton.