Turning our cities into fortresses will stifle us, not the terrorists 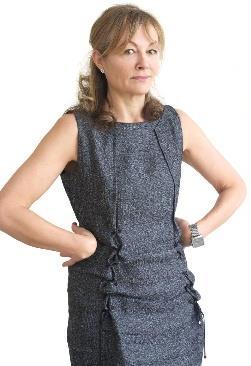 Terrorism has entered a new phase. As Bruce Hoffman, author of Inside Terrorism and Director of Security Studies at Georgetown University observed in The New Yorker after the London Bridge attacks: “Today it’s different. It’s less predictable, less coherent, and less cohesive. It leaves the impression of serendipity. ISIS posts pictures of a vehicle and says get into a car and drive into people - that’s all it takes.”

Serendipity has long been a Silicon Valley buzzword. Study after study has shown that the best ideas are more likely to arise from a casual chat around the water cooler or coffee shop than any scheduled meeting.

Architects and urban designers also promote serendipity as a concept because they believe it helps give cities unpredictability and variety. But applied to terrorism it means that nowhere is truly safe - and there are few places more serendipitous than markets.

Markets in prosperous western cities are very different to street markets of Baghdad, Mosul or Ramadi. They are the ultimate gathering place, hugely attractive to young people - you can eat reasonably cheaply - and to tourists. With no pre-determined route, you go in order to enjoy what’s on offer at your own pace.

That is why Anis Amri, a Tunisian failed asylum seeker, deliberately drove a truck through a Christmas market in Berlin last December killing 12 people and injuring 56. He, like the terrorists who targeted people relaxing in the bars, restaurants and stalls of Borough Market this month, was deliberately targeting young, white, affluent people.

London’s markets are a flourishing part of the capital’s late-night economy and as a consequence are easy places to attack because there are obvious limitations with what can be achieved by conventional bollards and barriers of the sort that are erected to protect traditional high-risk targets.

Physical barriers such as the one that appeared at Buckingham Palace and Windsor Castle after the Westminster Bridge attack appear to remain the security service’s default position to keep people safe. Soon after strange towering yellow bollards appeared in West End locations.

And then last week barriers were installed on London, Lambeth and Westminster bridges to protect pedestrians from car ramming.

Although an entirely laudable attempt to minimize risk while giving the public some visible signs of reassurance, these cosmetic measures will not only have limited effect, but more worryingly they threaten to stifle the very ‘serendipity’ that makes life in our cities so attractive and which we cherish. This is why when Boris Johnson was Mayor of London, he agreed to the scrapping of hundreds of miles of metal guardrails, including across London Bridge, to make London’s streets less “cluttered”. It now seems the policy is to be reversed - and the barriers are back.

Meanwhile – and this is equally critical – more consideration in terms of social planning needs to go into to areas that are not benefitting from increasing house prices that attract a global tribe of 20 -and 30-somethings but are cheek-by-jowl next to our flourishing markets.

Two of the terrorists in last month’s attack came from Barking and Dagenham, an area that despite repeated attempts at regeneration still has the highest unemployment rate of any London borough, and rising levels of homelessness according to London’s Poverty Profile. It is only miles away from Shoreditch, the hipsters’ mecca, yet in terms of opportunity and privilege they are worlds apart.

This is not an attempt to blame acts of terrorism on poverty. But as Richard Florida reminds us in his latest book, The New Urban Crisis, the flip side of the back-to-the-city movement he charts in The Rise of the Creative Class, remains inequality and segregation. Long-term issues of poverty and alienation must be addressed if the problem is ever to be fully resolved.

But the urbanists are also right. Our successful cities have evolved over time through a happy, unplanned fusion of old and new, where everyone can mingle.  And it’s this kind of serendipity that must be encouraged because more than anything it strengthens and maintains our resilience.