Is the BSF programme a threat to our Victorian heritage? 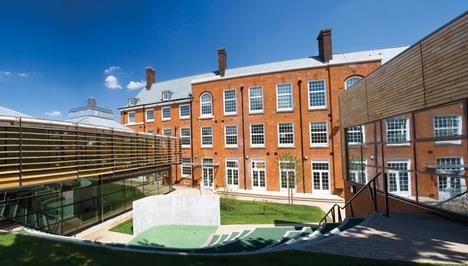 Yes, says Ian Dungavell, there’s no reason not to reuse our Victorian schools; while Mairi Johnson says we need learning spaces fit for the 21st century

Quotas are dangerous. It does not matter much whether 70% of schools built under the Building Schools for the Future programme are new-builds, as BD has found (News January 15), or only 50%, the target set out in Partnerships for Schools’ own guidelines. What matters is that that nobody has done a study of how many schools actually need to be replaced, and how many can be refurbished. Historic schools can easily fall victim to arbitrary targets.

Top-down programmes driven by floods of funding with tight timetables inevitably encourage new low-risk schemes rather than the creative reuse of existing buildings, especially when PFI is involved. And a shiny new building makes the government’s enormous investment more obvious.

But the school building programme confuses education with its setting. A 21st century school can provide a 21st century education in a 19th century building. It’s what many private schools do successfully. It just needs some imagination. Lambeth has done it at Elm Court School, but other local authorities have not been so clever.

Refurbishment is sustainable too, and that’s a lesson we should be teaching our children. A study by construction researcher BSRIA found that a Victorian primary school had a carbon footprint equal to that of one of the UK’s most sustainable new primary schools .

Victorian and Edwardian schools are solid and spacious, with good natural light and ventilation, and built to last. We should capitalise on their advantages, and not squander them.

Director of design, Partnerships for Schools

Building Schools for the Future is often touted as the biggest schools building programme since the Victorian era, and while there is much that we can learn from then, BSF is an opportunity to improve upon these foundations and provide teaching and learning spaces fit for the 21st century.

Over the lifetime of BSF around 50% of England’s secondary schools estate will be rebuilt, and 50% refurbished. PfS is passionate about making best use of existing buildings and sustainable refurbishment. Indeed there are some great examples of old buildings being given a new lease of life through BSF, from a derelict school in Lambeth, which is now an award-winning focal point for the community, to a sixth-form centre in Bethnal Green which makes a virtue out of the small Victorian-dimension classrooms.

It is a gross simplification to suggest that the majority of new-build BSF schools will see historic buildings razed to the ground. In many cases BSF is a means of replacing schools in a shocking state of repair where no parent would want their child to learn.

As an architect myself I know there is much that recommends Victorian schools, which is why PfS is supporting English Heritage’s new publication, Refurbishing Historic School Buildings.

BSF is an opportunity to provide communities with the schools they deserve — whether through new or refurbished buildings — while preserving what is great about our historic buildings.

What do you think?