Architecture students should be encouraged to pursue interests away from their drawing boards, argues Lendlease’s Sherin Aminossehe

The furthest thing from my mind when I was at the Bartlett doing those improbable structures that sometimes only existed in my 3D Max package, or on sheets of painstakingly inked-in acetate, was to be on the other side of the creative process. I was going to be that rare thing, a successful well-known female architect, designing private houses or divine-looking museums that looked gorgeous with no people to ruin their immaculate lines splashed on a double-page spread of those coffee table books that I lusted after. 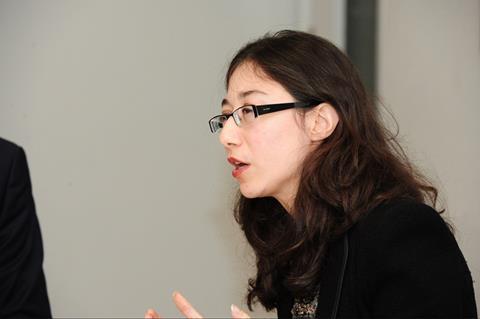 But then again, aged four I wanted to be an astronaut doctor and as I entered double figures a quick succession of professions went through my mind: stockbroker, barrister and then finally a diplomat – until I was told (incorrectly as it turned out) that not being born here was a bar to my aspiration to join the Ferrero Rocher circuit.

Architecture won out but my head of first year (who shall remain nameless) had other ideas about my chances of graduating. I wasn’t chained to my drawing board: I had outside interests that she didn’t approve of. I loved politics, wrote articles and policy papers, debated and organised events in the Houses of Parliament.

As it was, my career eventually took a different path, but I’m telling this story to make a point. It’s a recent phenomenon that we expect our students to be a slave to their Rotring pens – or these days more likely their Wacom digital tablets, which is no better than being a CAD monkey.

Architects were meant to be renaissance people; polymaths who had wide interests. But we’re in danger of creating a generation more interested in shadow gaps than social issues.

Vanbrugh was a committed Whig, part of the scheme to overthrow James II, put William III on the throne and protect English parliamentary democracy. His plays also had strong political overtones and somehow he found time to create Castle Howard and Blenheim Castle – and was also a semi-client as Comptroller of the King’s Works.

Wren, a founder of the Royal Society, was an English anatomist, astronomer, geometer and mathematician-physicist, a member of parliament and also the King’s Surveyor of Works in 1669: a super-client responsible for getting London rebuilt after the great fire.

Attending a CPD lecture on parametric design or the latest Adobe Photoshop release isn’t quite in the same league.

I don’t think anyone told these architects to stick to their drawing boards or to narrow their interests. What they brought into our profession was unique vision and utopian ideals, which allowed them to become the ultimate client and gave them the ability to shape the world around them for the better.

Moving forward several hundred years, the Bauhaus movement – which this year celebrates its centenary – continues to influence the way we look at combining technology, art and craft, proving that mass production can be beautiful.

Closer to home, the London County Council architects’ department literally shaped the way we live in the capital, with early examples such as the Boundary Estate in Bethnal Green replacing squalid and overcrowded conditions. The department’s ethos of providing decent, high-quality homes for all continued late into the 20th century.

Of course there are figures in our present age who are comparable, such as my former boss Terry Farrell whose vision of balanced communities and making cities work for everyone inspires me to this day.

But given the current perception of commercial property developers and housebuilders, it strikes me that there is a large gap to be filled.

Architecture schools must nurture renaissance thinking and encourage polymaths to put aside their brick bonds and shadow gaps and to cross the divide to become clients.

We need people with the breadth of thinking and visionary ideals that result in RIBA student medals to create the next generation of clients.

Clients who are equipped to think differently about solutions to today’s problems in housing, regeneration and failing council estates. Those who are commercially literate but have the ability and confidence to think laterally and beyond the percentage points on their financial appraisals.

Sherin Aminossehe is head of offices at Lendlease