London might not be able to match the exhibitionism of LA’s beaches but some of our streets can give California a run for its money when it comes to human carnival, writes Joe Morris 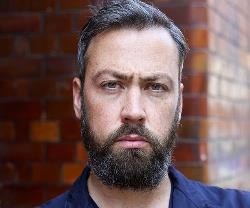 Ocean Front Walk, Venice, is a small strip of land tucked between the sprawl of Los Angeles and the Pacific. It was made famous in the 70s and 80s by Arnold Schwarzenegger and Muscle Beach, south of Santa Monica pier. The spectacle of the gym is less evident today, but this is more than compensated for by the sheer sense of excess and exuberance barely contained by this small street.

While the architecture is nondescript, save for Frank Gehry’s Norton House directly fronting the beach, there is no doubt that this is a place of unbridled human activity. Handball courts, alongside basketball and racket ball games provide the background rhythmic drum. Nearby the now-famous skateboard park continues to draw massive crowds, while gymnasts, jugglers, cyclists and runners dodge and dart between meandering tourists and beachgoers.

Increasingly, this part of LA is also home to many thousands of rough sleeping homeless (LA reportedly has some 58,000 homeless). It is a highly memorable experience, in many ways.

By contrast, on a Sunday evening 5,000 miles away in Bethnal Green, a troupe of sweepers and cleaners follows a slow-moving maintenance and cleaning vehicle as it drags into its underbelly the detritus of a weekend on Columbia Road. This well-rehearsed ritual, erasing the day’s events, is as fascinating as the day of theatre that precedes it. By around 9pm on a summer’s Sunday evening in the Royal Oak, the pub nestled midway along the street, locals ease back into their seats as if nothing had happened.

Beforehand, for some 12 hours of riotous cacophony, the flower market erupts like a New Year firework display; a floral extravaganza of colours and scents wrestling the senses out of their weekend slumber. On the day of the sabbath, this diminutive street, of modest width and unmemorable length, clogs with stalls, buckets and punters. The chants of flower sellers are matched by buskers who arrive in their droves to render Marvin Gaye and Stevie Wonder hits as Chaz ’n’ Dave.

Each Sunday, Columbia Road is clogged to a standstill; an artery plugged by the East End cholesterol of a long-standing ritual of means and meaning. While the flower stalls are the main course, and the buskers finger food, the hors d’oeuvre are served from opportunist makeshift kitchens which emerge from concealed entrances or darkened windows along the length of the street, like crabs from beneath rocks.

This is the East End of London. A bustling collision of old ways and new, of residents and visitors and of many cultures. It’s a curious and delightful fusion of modern-day London continuing its gentrifying expansion eastward, and the London which only two or three decades ago was in economic and demographic decline, now bursting at its seams.

This experience is not just limited to the East End. There are many such streets which draw a similar audience of local and global: Deptford High Street, Portobello Road, Whitecross Street, Leather Lane, Lewisham High Street. The occupation of these streets is often spectacular, defining the rhythm of life for those that live beside them.

As with the opening of impromptu cafes along Columbia Road, the opportunity for Londoners to convert front doors and lawns into prosperous meanwhile businesses is continuously fascinating.

Each July, the stretch of Wimbledon Park Road and Church Road between Southfields station and Wimbledon Village is utterly transformed during the Wimbledon tennis tournament. The suburban pace of life is turbocharged overnight. Even the smallest set-back from the street for someone’s bins turns into a burger joint. Hedges are ritually adorned with replica t-shirts, trees become structural supports for tents and tarpaulins protecting merchandise. Tens of thousands of people hit the street. Bus conductors shepherding people into buses to ferry them back and forth simply cannot match the volume of people arriving. People throng five and six deep as they bustle around searching for the end of the right queue. The master queue is of extraordinary length, containing tents and earlybirders prepared to forgo their beds in the hope of getting seats on a decent court.

Similar, if more modest, scenes of pop-up merchandising and frying onions are repeated outside the capital’s biggest football clubs almost every week.

These London streets and the events that they accommodate are every bit a match for the spectacle of Ocean Front Walk. They define the way people live in and experience a place, drawing in huge numbers, and facilitating communities of unexpected entrepreneurs and opportunistic business minds.

These temporary events are the very essence of London’s spirit and energy, to be cherished and protected; easily lost and their importance over-looked as we plan the future of London.