Are the mayor’s new planning powers good for London? 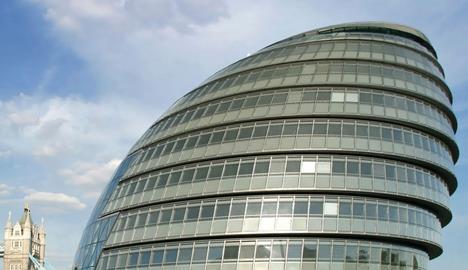 Definitely, says Brian Waters of the London Planning & Development Forum, but design and conservation consultant Richard Coleman thinks it is a power too far.

At last the mayor can call in a scheme and say yes instead of just no — and the range of developments where this applies is significant.

The “nimby” tendency is as strong in the London boroughs as anywhere, and the bigger vision for London to be expected from the mayor should be a beneficial influence. The struggles which faced Terry Farrell’s Lots Road development are a case in point: the mayor could only say no then, but those days are gone.

The unexpected power of the London Plan, which has resulted from the demise or imminent decline of borough unitary development plans, adds more to this change in planning policy leadership. The risk is that borough planning officers could become demoralised as the main policies and the more glamorous projects will increasingly get decided at City Hall.

But this is not what will happen in reality. The London-wide vision of the mayor and his ability to see across borough boundaries will exert its influence to the extent that most applications will not need be called in.

And officers and councillors are likely to anticipate the mayor’s thinking, and so avoid his intervention. Both sides will be satisfied, if not necessarily happy.

The real downside risk for London would be an anti-development mayor. Never before in our planning system has there been this power to call in and say yes other than from a secretary of state. It is the power to say no that we should be wary of — and the mayor had that all along.

Yet again, extremism in planning!

In London, thanks to a pro-development mayor, we have swung from ultra-conservation in the nineties to a position of ultra-development in the noughties. As a result, a balanced planning system still eludes us.

I sought a balance in the first draft of the London View Management Framework. Consultation was good, revision proposals followed, then the GLA rejected them and I resigned.

Now, the mayor is even more powerful. He can say yes to major infrastructure schemes, which is good, but the new powers also allow him to approve development over eight storeys along the river. Surely this is going too far?

While I applaud the social ideals of adequate, affordable housing and agree that seeking it is “strategic”, individual schemes of 150 units are not. The boroughs have said that 500 units is a better threshold of what constitutes a strategic approach than the 80 in the “order”, but they’ve been ignored.

Another effect of these new powers is that the mayor will get to see too many projects, and staff will be spread too thinly. The proposed 12 additional GLA officers will need to be superheroes! And their recruitment will deplete the boroughs, which are already chronically under-recruited.

Lastly, and most significantly, the mayor’s new planning powers destroy potential for a good balance between the roles of boroughs and regional government, and with that comes a decline in the democracy of planning. Is this what Londoners really want?