Despite Trump’s protectionism there will still be opportunities for British architects in the US, argues Andrew Whalley 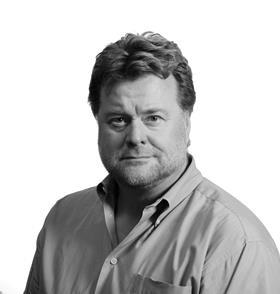 The whirlwind of media attention surrounding Theresa May and Donald Trump’s meeting last week brought up, in May’s words, the “special relationship” between the United Kingdom and the United States.

After 15 years of working in New York I still feel there is, and always will be, a role to play for British architects within the US. Despite the Trump administration’s swing towards overt protectionism, and the fears that are being ignited, it is worth remembering that the USA is made up of 50 individual states which are largely self-governed. Major transport and infrastructure projects are primarily run at state and city level.

This considered, there are a number of differences in the role of the architect in America. When working on large-scale transportation projects it is more commonplace for projects to be undertaken by alliances of architects, and those who join forces offer a breadth of creativity and expertise that surpasses any single practice. This intensely collaborative spirit has fostered important partnerships for us, leveraging the best of our expertise with local insight and procedural know-how. Even the largest architectural and engineering conglomerates seem to have found the value that a diverse and populous team of architects can provide.

British architects working on large-scale transport projects in the US have an advantage due to the last three decades of transport infrastructure developments in the UK; from grand terminals to high-speed rail lines and multiple expansions of the London Underground. They are armed with an arsenal of complex transport expertise, and the knowledge gained from high-profile, game-changing projects is highly applicable elsewhere. As a practice we’ve been able to harness this, as our global trajectory in both North America and Australia was borne from large transport schemes.

It’s interesting to watch the evolution of stations in North America where the idea of place-making and rail stations serving purposes beyond simple transportation is gaining ground. Transit-oriented developments are becoming new multi-use centres of activity where residential, commercial and retail developments come together. These spaces offer a variety of goods and services while eliminating reliance on private transportation, and are great models for urban expansion, creating dense and walkable neighbourhoods with easy access to both transit and amenities.

I’ve noted with pleasure the proliferation of public art in and about our station projects in North America. From a forthcoming subway station in Toronto to New York’s busy Fulton Center interchange, magnificent works of art play critical roles amidst the complex architecture and engineering. If relationships are reciprocal, perhaps this is something British architects and clients could take from the US, giving more precedence to how the visual arts can be built into the design of stations.

While working anywhere has its vagaries, in America there are unique challenges that arise from complex funding arrangements that, today, may or may not include private interests or federal funding. As the next generation of infrastructure projects is selected and funded in both the US and the UK, it is critical that these projects benefit the maximum number of users and serve a broad range of socio-economic profiles.

From our dense urban cores to the heartland, what we build now will have measured effects for generations. Under the Trump administration it is likely that federal funding will be released for large-scale infrastructure projects so I remain hopeful that further opportunities to share what we have learnt on both sides of the Atlantic will continue to present themselves.

Andrew Whalley is deputy chairman of Grimshaw. Mark Middleton is away.