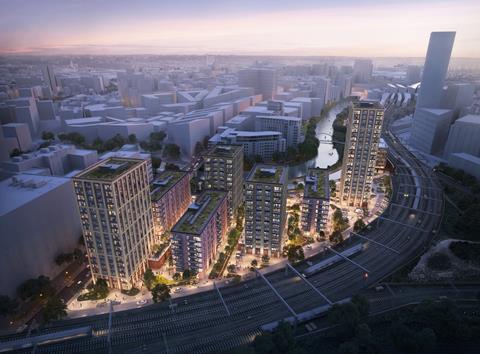 Plans by Sheppard Robson for build-to-rent operator Get Living to develop a five-acre neighbourhood in Leeds have been submitted.

Delancey Oxford Residential and pension fund asset manager APG, together with Qatari Diar are investing £180m in the project which, subject to planning, will see more than 780 homes to rent built in the South Bank area of the city.

The homes will comprise studios, one-, two- and three-bedroom flats and townhouses. 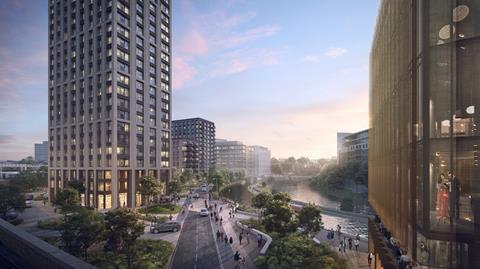 A spokesman for Get Living said the affordable homes element was still being discussed with the local council. The homes would be managed by Get Living as part of a tenure-blind neighbourhood, he added.

The project is Get Living’s first in Yorkshire and its third outside London, having established the East Village – the former 2012 Olympics athletes’ village – and a housing development at Elephant & Castle in the capital.

Get Living’s executive chair, Rick de Blaby, said the South Bank area of Leeds was “one of the most significant regeneration opportunities in Europe” and said the area had capacity for 4,000 new homes.

“We have listened carefully to the local community, then worked very hard to create these ambitious plans for a new green neighbourhood in the heart of the city.

“Our role will see us working alongside the council and its own ambitious plans for the city, alongside businesses that need to recruit and retain staff and most importantly for the people of Leeds to deliver great homes set within new public spaces,” de Blaby added.