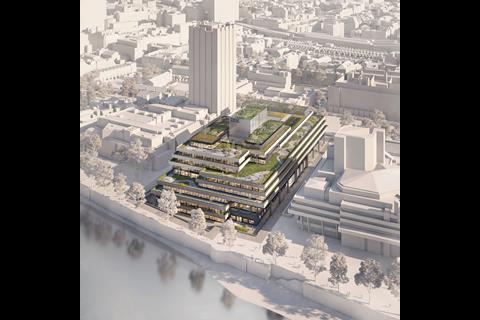 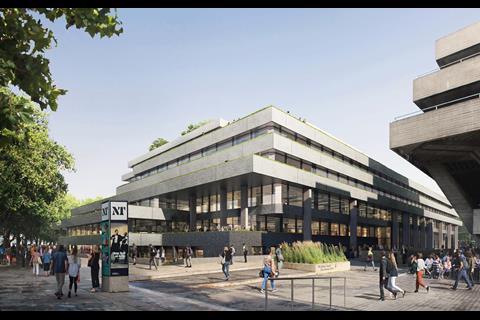 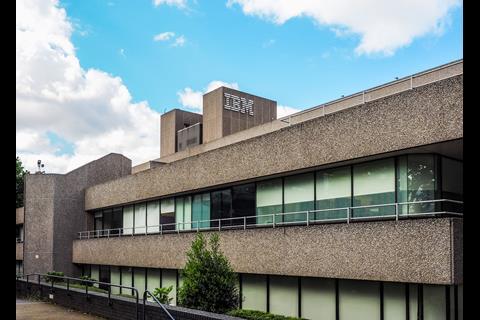 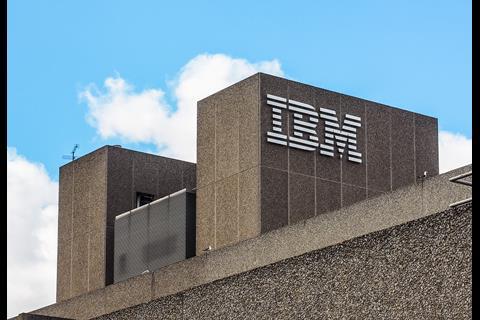 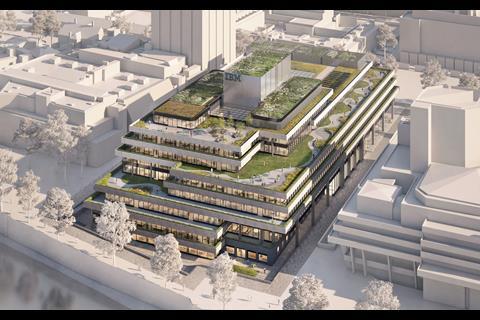 Denys Lasdun’s IBM building on London’s South Bank has been listed, throwing a spanner in the works of AHMM’s redevelopment plans.

Historic England granted the National Theatre’s neighbour grade II protection and turned down a request for a certificate of immunity from listing (COI).

The Twentieth Century Society which had been lobbying for listing and which raised concerns over AHMM’s “heavy-handed” proposals, welcomed the news.

Senior caseworker Grace Etherington said: “We are thrilled and relieved at this decision. Our concerns about the scheme had largely been ignored, so we’re glad that there is now further weight behind our argument that the building’s massing and areas of detailing at street level should not be compromised. 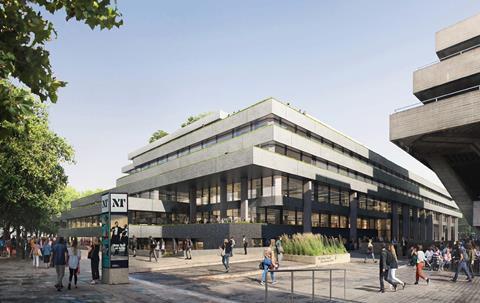 “The listing decision coincides with widespread uncertainty about the future of office design in light of the coronavirus pandemic, with commonplace features such as dependence on mechanical ventilation and hot-desking now under scrutiny. The time is right for AHMM to go back to the drawing board.”

AHMM’s proposals for Wolfe Commercial Properties Southbank – owned by the United Arab Emirates-based Easa Saleh Al Gurg Group – were lodged with Lambeth council in February. They would have added more than 20,000sq m of new business space to the building and were intended to bring the 1980s brutalist building’s terraces to life. 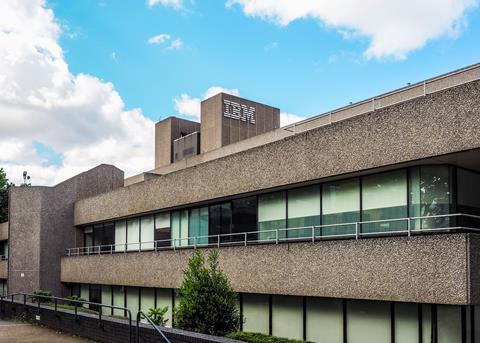 AHMM declined to comment but a spokesperson for the client had previously said the proposals would “respectfully refurbish and extend” the building, “help boost the South Bank’s status as one of London’s most important cultural and employment hubs” and create thousands of new jobs.

“The design will enhance the ground floor of the building and significantly improve its integration into the conservation area, adjacent buildings and Queen’s Walk,” it added.

Etherington said the IBM building was designed and built between 1980-83, as the computer firm’s marketing centre. Lasdun’s primary concern was the relationship to the 1960s National Theatre which was originally conceived as one of a pair of buildings. The IBM building can be considered a “ghost” of the opera house that was never built. 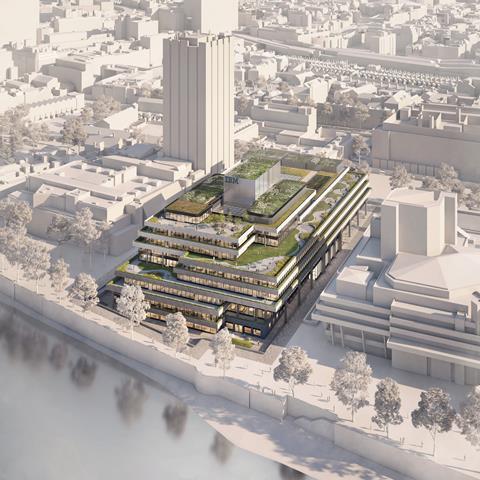 :: For its distinctive exterior character and form, with balanced horizontal planes, and expressive ground floor treatment that demonstrates its private, commercial function in a public-focussed place

:: For the subtlety of detailing, creating a distinctive character which contrasts with, but respects, the treatment of the neighbouring theatre

:: For its architectural concordance with the National Theatre, realised before the IBM building, but together forming a cohesive composition

:: The last major work by Sir Denys Lasdun, whose career charted the development of British modernism from the 1930s until the 1980s, and has many highly graded listed buildings to his name, including the Royal College of Physicians at grade I and the neighbouring National Theatre, at grade II*

:: As an important building commissioned by IBM, a significant commercial client whose patronage of high-quality architecture in Britain from the 1960s includes the IBM pilot office and Greenford distribution centre by Foster & Partners, both listed at grade II.