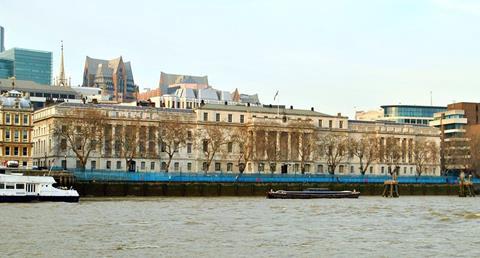 Grade I-listed Custom House in the City of London

Squire & Partners’ proposals to convert London’s grade I-listed Custom House into a 200-room hotel have been rejected by a planning inspector because of the impact they would have on the Thames-fronting building.

The practice’s plans for the early 19th century building – designed by David Laing and Robert Smirke – called for the introduction of new roof terraces and would have seen the building’s east block largely rebuilt behind existing façades.

Squire’s scheme was drawn up for Cannon Capital Developments and Globalgem Hotels, now Global Grange Hotels. It has drawn opposition from campaign group Save Britain’s Heritage, the Georgian Society, London and Middlesex Archaeological Society, the Society for the Protection of Ancient Buildings, and the Ancient Monuments Society.

Government heritage adviser Historic England did not object to the proposals but said the plans would cause a “low level of harm” to the existing structure and left the City of London to determine whether public benefits outweighed the harm.

The applicants launched an appeal on the grounds that Square Mile planners were taking too long to decide on the proposals. Members of the City’s Planning and Transportation Committee voted to oppose the scheme in October last year, after the power to determine the application had passed on to an inspector.

Planning inspector Paul Griffiths presided over a 13-day hearing into the proposals spread over January and February this year.

In his just published-decision, he said it was clear that Custom House – which was a base for HM Revenue & Customs until last year – would require some interventions if a new use for the building as a hotel was necessary.

Griffiths praised Squires for responding “most creditably” to the “difficult demands” of accommodating a hotel in such an important building. But the inspector said he had come to a different view to that of Historic England on the level of harm that would be caused by the proposals.

“The scheme would bring forward many heritage benefits, but it would have many harmful heritage impacts too,” he said.

“In balancing one set against the other, it is my view that the harmful heritage impacts carry more weight than the heritage benefits.”

Griffiths said that while he had found the proposals to be the “optimum viable use” for Custom House, and that harm to the fabric of a historic building could be justified in such circumstances, other considerations existed under planning practice guidance.

“It also says that in a small number of cases a heritage asset may be capable of active use in theory but be so important and sensitive to change, that alterations to accommodate a viable use would lead to an unacceptable loss of significance,” Griffiths said of the guidance.

“I find that the latter applies in this case. If the proposal has to take the form it takes to make it viable, and that is what the evidence suggests, then the burden on the significance of the Custom House is, in my view, too great.”

The inspector said that Custom House was not at risk and there was “no pressing need” to bring forward a scheme with the harmful impacts that had been identified – particularly in relation to the plan form of Laing’s west wing.

“The economic situation may change, for the better or indeed worse,” he said. “It may be that at some point in the future, a hotel proposal that does not place such a heavy burden on the significance of the building might be realised.” 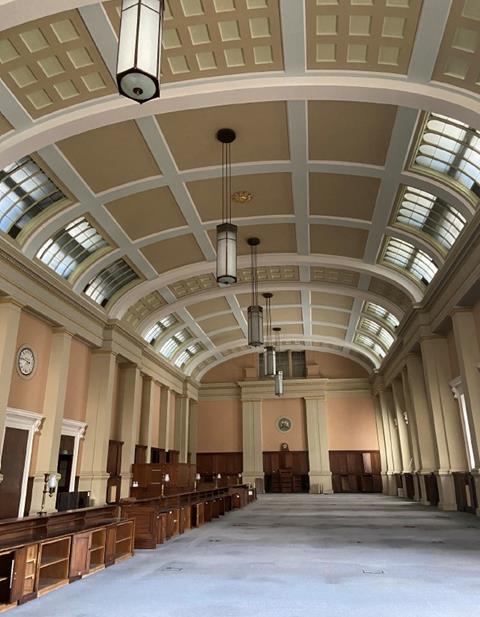 The Long Room at Custom House in the City of London