Industry should not have been trusted to build high-rise blocks, government tells Grenfell inquiry

The government should not have trusted the construction industry to build high-rise blocks, a lawyer representing the housing department has told the Grenfell Inquiry.

Jason Beer QC said the public, residents and the government had trusted construction firms and building control officers were “following the law and doing the right thing”, but that this trust was “both misplaced and abused”. 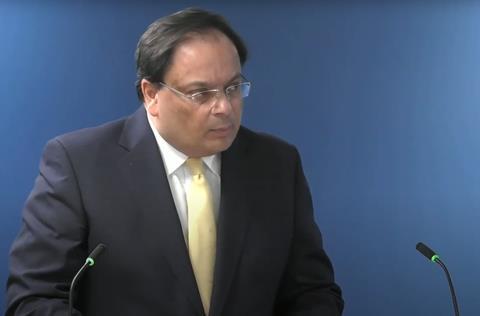 Beer, representing the Department of Levelling Up, Housing and Communities, made the comments in a statement to Tuesday’s hearing at the inquiry into the 2017 fire which killed 72 people.

He said that the disaster would not have happened if building regulations had been followed and enforced with “reasonable diligence”.

Beer argued the rules were “sufficiently clear” at the time of the refurbishment of Grenfell Tower and that “no competent professional acting in good faith should have misunderstood or misapplied the statutory requirements”.

He added that a “competent professional would have taken appropriate advice in the case of uncertainty.”

But Beer admitted the department “did not have a good understanding of how the regulatory system was working on the ground or how well it was being enforced by local building control bodies”.

He said the “mistaken assumption” underlying the department’s approach was that compliance was being monitored by qualified experts at a local level and that non-compliance with the regulations would be identified by building control inspectors.

He added that officials had “fulfilled their responsibilities”, as it was not their role to “act as stewards of the system”.

In an apology to victims of the fire, Beer said: “The department is deeply sorry for its past failures in relation to the oversight of the system which regulated safety in the construction and refurbishment of high-rise buildings.

“It also deeply regrets past failures in relation to the superintendence of the building control bodies which themselves had a key role in ensuring the safe construction and refurbishment of such buildings.”

He added: “The department did not interrogate the underlying performance of the system nor take active steps to assure itself whether the regulatory regime was working as intended.

“This most definitely is not just a question of the specification of cladding systems but of an industry that has not reflected and learned for itself.”

Yesterday, the inquiry heard how successive governments over the past three decades had engaged in a “prolonged period of concealment” of the fire safety risks of dangerous cladding.

Stephanie Barwise QC, lawyer for the bereaved and survivors of the 2017 blaze, told Monday’s hearing that it was one of the “major scandals of our time”.

She added that governments had become the “junior partner” in their relationship with the construction industry, which she said had been allowed to “write its own rules”.

The sixth module of the inquiry will spend the next five months looking into decisions made by past governments that may have enabled the fire.