Plans are part of wider submission for revamp of Coventry site 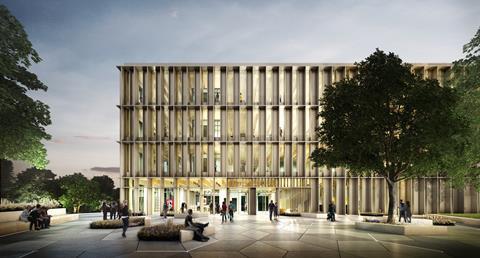 Hawkins Brown has been given the green light for a £50m-plus scheme Willmott Dixon has won to build a biomedical research building for Warwick university.

The work will bring together up to 300 biomedical researchers from the university’s School of Life Sciences and Warwick Medical School onto one site at its Gibbet Hill campus to the south of Coventry.

The five-storey building (pictured) will include a central ‘lab village’ core with other features including ‘write-up’ areas, office space and collaboration zones.

It will also include a 400-seat lecture theatre, as well as café and exhibition space.

The building, which has a pricetag of £54.3m, is due to open next year.

Willmott Dixon, which has won a number of projects for the university in the past few years including a £36m sports hub, beat a number of firms to the job, believed to include Bam and Morgan Sindall.

It is one of nine to have been recently approved in a hybrid planning application submitted to Coventry city council by planning consultant Turley.

Others in the bundle include a new £80m Faculty of Arts building, won by Feilden Clegg Bradley Studios in an RIBA competition in 2017 that also saw Foster & Partners and Wilkinson Eyre shortlisted, as well as new public realm at the Gibbet Hill campus and replacing a multi-storey car park at the same site. 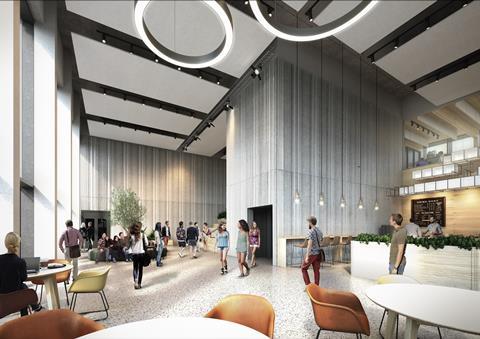 The new building will have space for up to 300 people