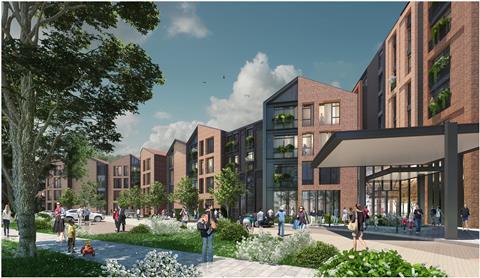 Insurance giant L&G is furthering its plans to break in to the later living market with the submission of an application for a 193-home development in Walton-on-Thames, Surrey.

The scheme, by L&G’s new later living subsidiary Guild Living, also includes a wellness centre and gym open to the public, all housed on a former retail site near Walton’s town centre.

It was designed by Marchese Partners, the practice established in Sydney by Guild Living’s co-founder Eugene Marchese in 1994 which has since expanded into Asia and Europe.

Guild Living said the scheme had been specifically designed to bring different generations together, with the aim of tackling social isolation among the old.

In addition, the proposals include plans for what it describes as 26 care suites and three care residencies that it said will offer intermediate care for those leaving hospital and providing the opportunity to help relieve pressure on local NHS services.

>> Also read: Learning from lockdown: We need to talk about the design of care homes

Guild Living and L&G recently announced a research partnership with the University of Bath to study the impact of loneliness on the older population, which will be used to inform the design of their schemes.

Marchese, founder and design and innovation director at Guild Living, said: “There is a woeful lack of purpose-built accommodation for older people. Our philosophy is that having centrally-located housing, which blends community facilities with care, means residents can stay active and healthy for longer.” 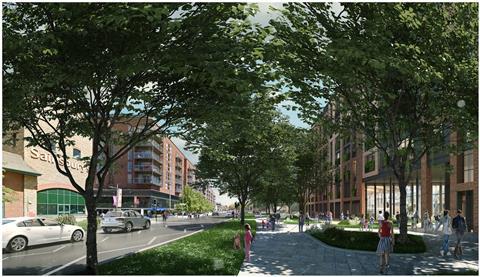